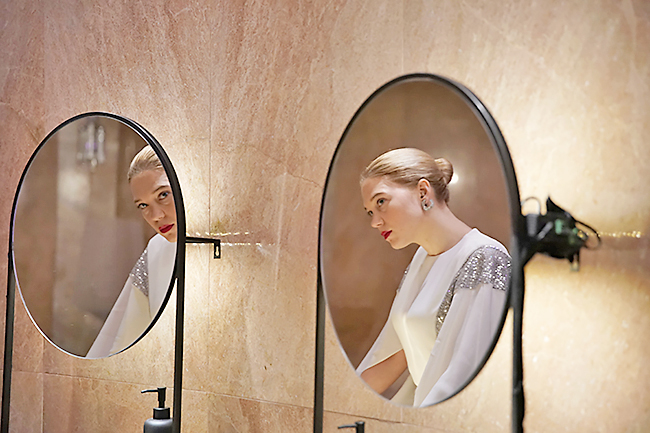 A film about the media, manipulation

THE WASHINGTON POST — It would be a stretch to assume that France de Meurs, the Parisian heroine of Bruno Dumont’s complex and thematically toned film France, somehow represents the nation with which she shares a name.

But it’s not out of place to wonder if the film’s title – and, presumably, its real subject – refers to the location, not the person. There are just too many big ideas – modern media and its manipulations; immigration and income inequality; intimacy and voyeurism – seething in this tasty and nutritious bouillabaisse of a movie not to try to say anything about the state of France today.

Or the whole world, really.

France, the person, is played by Léa Seydoux (Mourir pas le temps). She’s a TV reporter whose American equivalent would be hard to find: not just a reporter/anchor/interview host, but a celebrity on par with a Kardashian, or a literal rock star. Everyone knows the name and face of France, and many would say they love it.

The story opens with a presidential press conference with Emmanuel Macron; Macron’s images are real, not staged, but they’ve been manipulated by Dumont to insert France, where she and her producer Lou (Blanche Gardin) – after exchanging a wacky pantomime of obscene gestures – attempt to tender a ambush at social media leader “likes.” 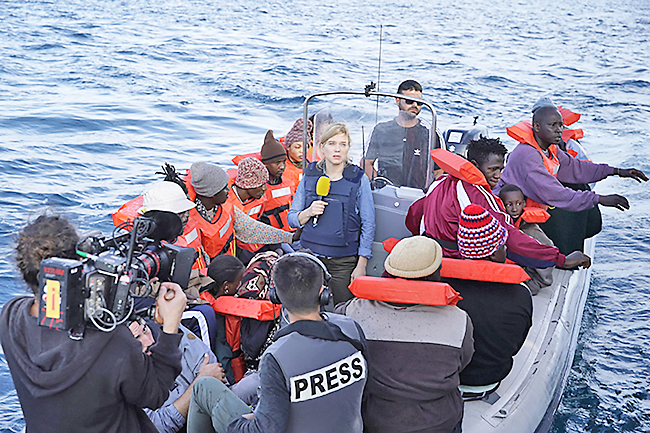 Lou’s favorite word for France’s performance here (and anything she does on camera is a performance, suggests Dumont) is brilliant – which translates to brilliant. She’s a shining star whether she’s covering politics or conflict zones, wearing helmet and body armor.

But things start to fall apart – or rather, something implodes inside this star – after she gets involved in a minor run-in with a delivery man riding a moped (Jawad Zemmar), who dislocates his knee. , making it impossible for the young man to support his immigrant family. They are only too happy to welcome France when she visits them, as an apology. They don’t want to sue her, or even complain, but France insists on writing the family a check.

At this point – and it’s unclear exactly why – our protagonist goes into a depression, quitting her TV show, estranged husband and bratty son (Benjamin Biolay and Gaëtan Amiel) and checking into an expensive clinic in the Alps to get treated. This happens roughly halfway through this two-plus-hour film, the first section of which can be slow, meandering, diffuse and discursive, jumping from topic to topic: from political to professional to the staff. If this is a satire of TV media — and it may or may not be — it’s without much bite.

But something happens in the second half of the film. Do several things. It’s best to leave the details of the story a surprise, but from this point France becomes a much better and much more interesting film, and not just because its narrative becomes more incidental, sometimes shockingly so. Dumont doubles down on a trick he’s been using from the start, but which I didn’t really notice until about an hour into the film: For many, many scenes in France, Seydoux looks directly—often in close-up—at the camera.

This is partly due to the nature of her character’s job: As a journalist, France is used to working in front of a camera lens.

Even on the battlefield – in scenes of violence or on a ship full of refugees – we are shown how reality is reshaped (and often re-enacted) to heighten its impact. Seydoux is an amazing actress, and whether facing the lens of her cameraman (Marc Bettinelli) or that of Dumont, she has a face that reveals every wavering emotion.

If France de Meurs isn’t the subject of this film, then a world that can’t stop watching her is.

France ends with a stage open to interpretation, but the above is not: Dumont clearly criticizes the way we mediate life via screens big and small.

There are times in this rambling story where the filmmaker’s point isn’t quite as obvious, but that’s only because he has a habit of trying to hit multiple moving targets with a sharp stick at the same time. .

Get Balance is the perfect self-help book with all the media-Dr. Lady Munni Irone