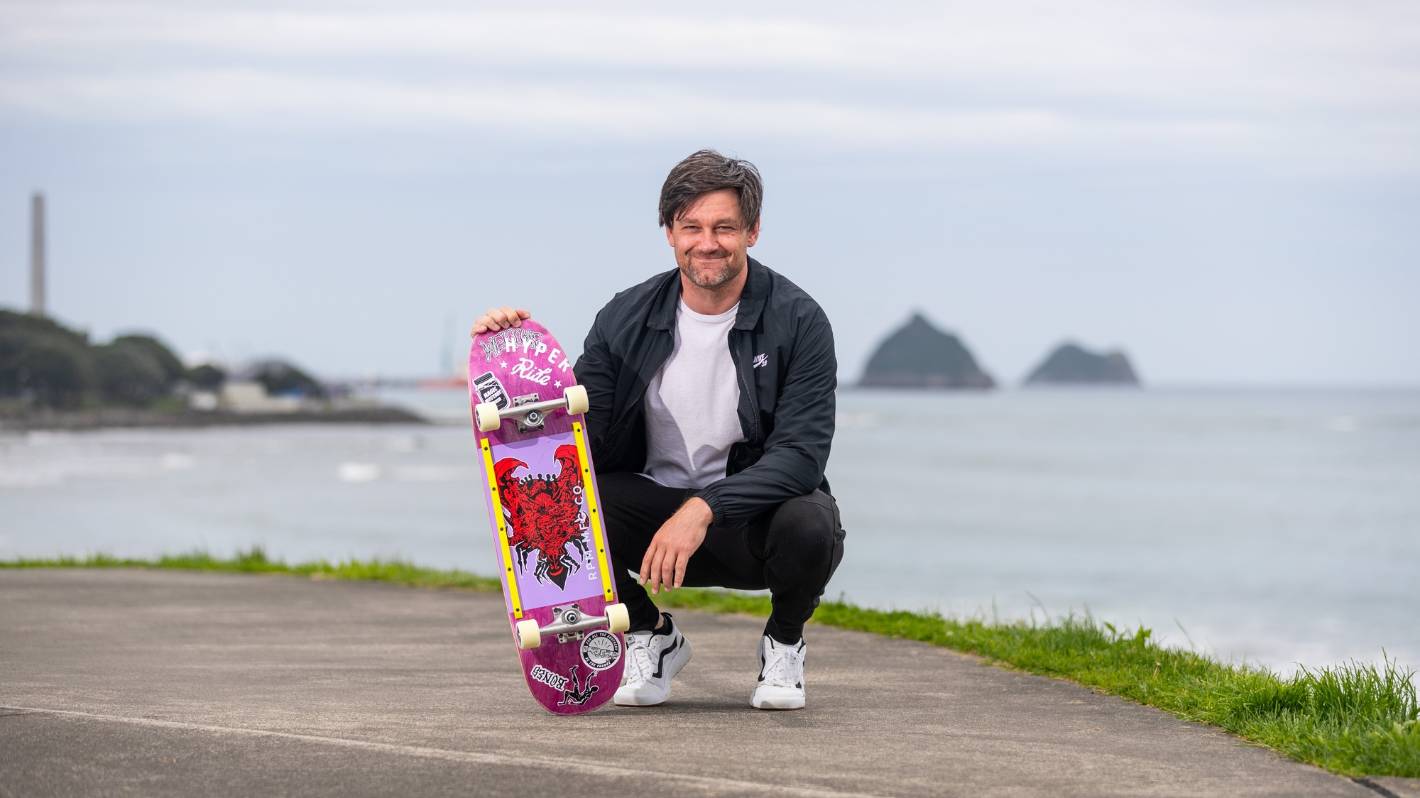 Nick Ditchburn is traveling the distance between New Plymouth and WaitÅtara on the Coastal Walk with his friend from Palmerston North, Tony Kim, next Friday.

Two â€œoldâ€ snowboarders plan to skate the length of the New Plymouth Coastal Walkway 11 times in eight hours to raise money for a mental health charity.

Taranaki man Nick Ditchburn, 35, and Tony Kim, 40 from Palmerston North, will skate next Friday, and all money raised will go to I Am Hope’s Gumboot Friday, which supports youth with disabilities. Mental Health.

â€œWe just thought it was a good opportunity to push ourselves. We both think we might die, â€Ditchburn joked.

READ MORE:
* The new Plymouth Hope Walk returns for 2021
* Walking with the weight of youth mental health
* Run to Recovery: A new group has been formed to help Taranaki struggling with addiction and mental health issues

Three King Country cousins â€‹â€‹don their rubber boots for Gumboot Friday as they climb four maunga (mountains) next month in their red stripes.

The duo have set themselves the goal of 150 kilometers and will only stop if they haven’t reached that point in eight hours and it is raining.

The distance they plan to travel equals the length of the highway between New Plymouth and WaitÅtara, on the southern border of Taranaki.

The couple describe themselves as “old” and expect some falls and aches and pains as the two have had knee surgery with Ditchburn having no cartilage in his left knee.

They got the idea because Ditchburn works as a probation officer and sees the mental health of young people firsthand, while Kim has seen him in more personal circumstances with his family.

But what really pushed them was the video of Mike King declaring that a second Gumboot Friday was to be held again next month to raise more money for the cause, Ditchburn said.

The couple, who have been friends since college, have always loved skating and started a Damn Thieves skateboard business 18 months ago.

They often donate their boards and are now working to make it a non-profit organization.

They know they can “do a better job” and plan to integrate skating into low decile schools.

â€œIt’s more of a mental thing than a physical thing,â€ Ditchburn said. “There is a bit of resilience, get up when you fall.”