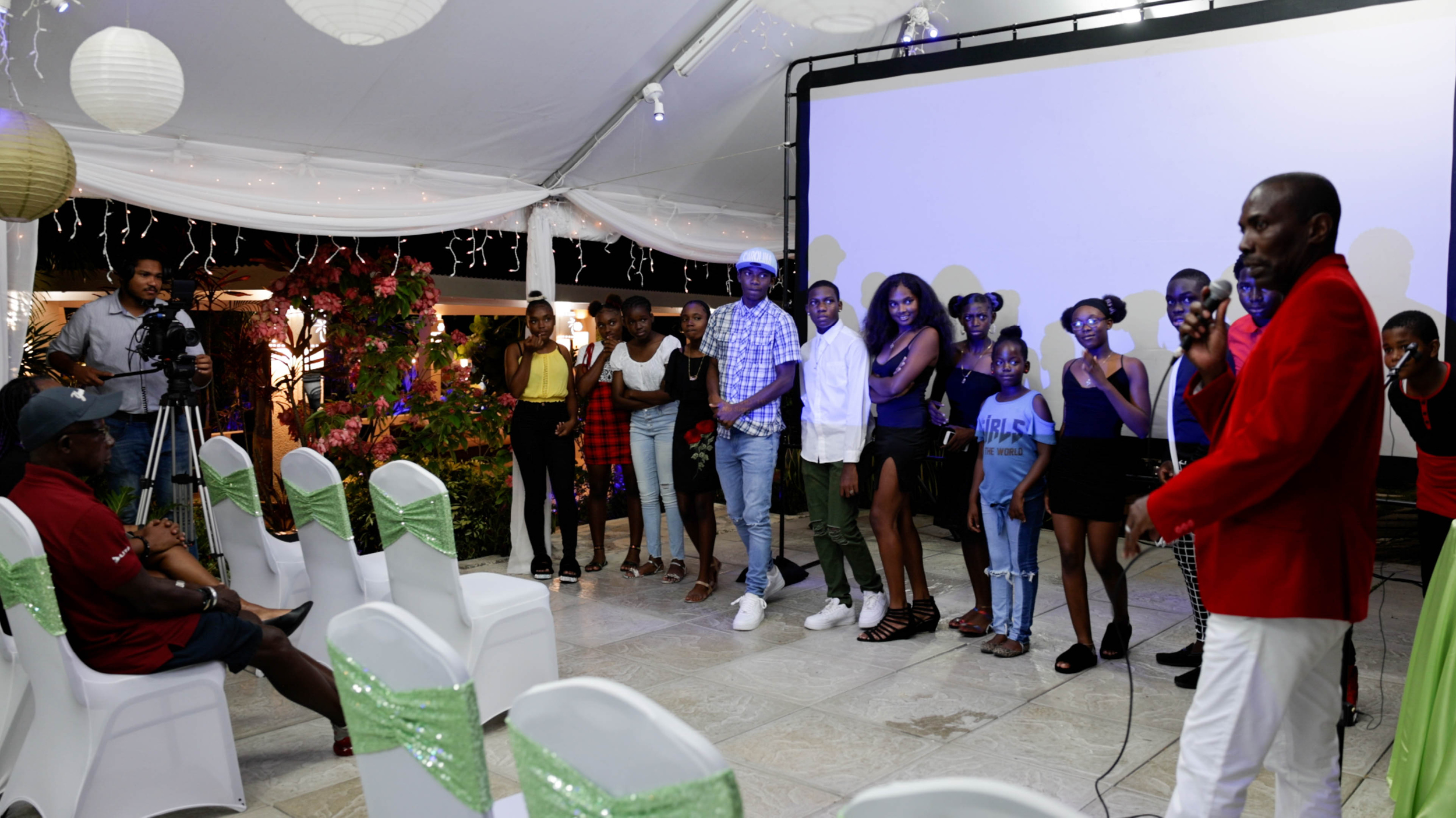 It was a packed house with the friends and family of the academy students making up the bulk of the audience.

There were also a few notable guests including Bob Foster from England, CEO of the Wadadli Short Film Festival, and Donna Matthews, CEO of Pure Earth Skincare.

Motion Picture Association President Francine Carby was the evening’s keynote speaker and explained that the main purpose of the event was to raise awareness about mental illness.

Doctor Alvin Edwards has made calls for the community to embrace and help talented young people as well.

“If they are to succeed and make meaningful contributions to the development of our twin island state, we need to ensure that they are mentally stable and aware of deviations,” he said.

Dr Edwards said local Antiguans have traveled all over the world to make contributions, not only in science but also in the creative arts, and gave an example of his daughter who is currently in Ghana creating content and sharing Antiguan culture in the motherland, Africa.

During theirs, Joel Lewis and Ghenae Emmanuel spoke about conditions including anxiety, schizophrenia and attention deficit hyperactivity disorder.

They also discussed symptoms of mental illness in adults and adolescents, offering examples such as changes in school performance, excessive worry or anxiety, hyperactive behavior and frequent nightmares.

They also talked about where to get help and referred those in need to the National Suicide Prevention Lifeline at 463-5555.

Yeboah highlighted symptoms of depression including trouble sleeping, loss of energy and lack of interest in activities, while Bentick discussed treatments such as psychotherapy, medicine and exercise. .

The two concluded by advising the public to encourage anyone who appears to be suffering from depression or other mental illness to seek help.

Sheneilla Sommerset and Destiny Simon concluded the chat segment by addressing the issue of suicide.

Sommerset described warning signs, while Simon ended with a suicide prevention message, encouraging the public to be on the lookout for signs and symptoms of suicidal feelings in friends and loved ones.

Dr. Noel Howell concluded the evening by discussing the effects of social media on mental well-being.

He explained the positive aspects of social media and how it can advance the educational development of children.

He then addressed the negative effects, highlighting how harmful excessive use of social media can be and lead to feelings of inadequacy about one’s life or appearance.

Other negative effects such as fear of missing out, isolation, and self-absorption were also discussed.

The evening ended with a cocktail during which most of the participants said they were satisfied with the presentations of the evening.

The next Antigua Film Academy event will be the launch of “Love, Friendship and Betrayal”, a book written by six of the students.