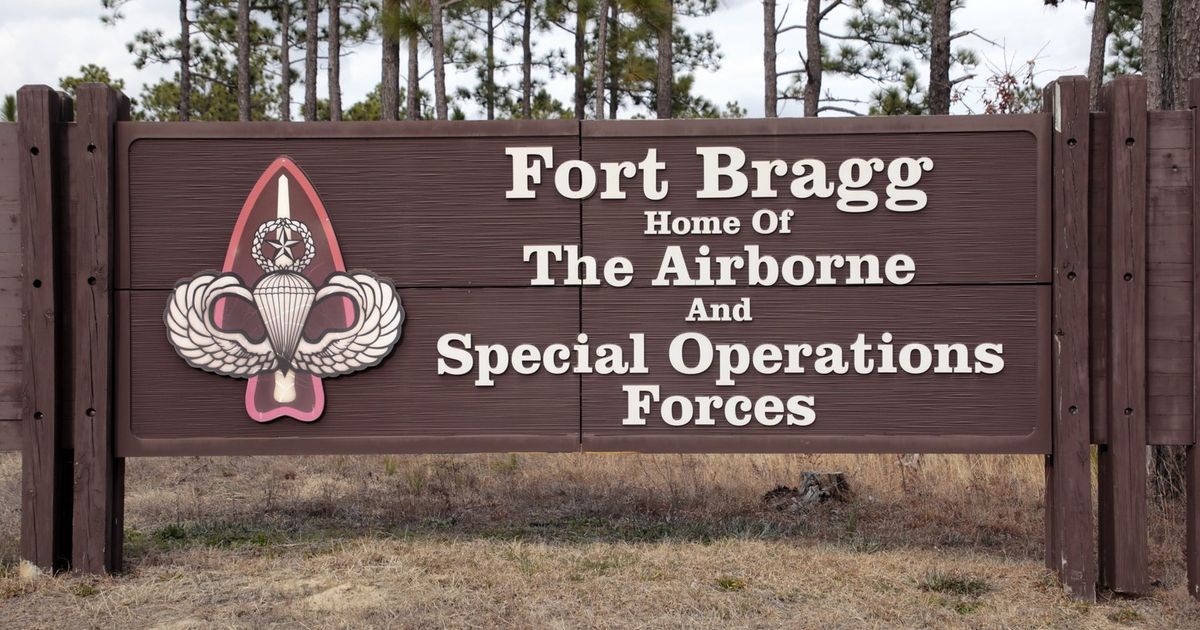 A US Army soldier wrote on Instagram that he joined the military “for combat experience so I’m more proficient at killing” black people, investigators say.

Killian Mackeithan Ryan also had five Instagram accounts that were in contact with others “associated with racially motivated extremism”, according to court records.

Ryan’s alleged social media activity is documented in a case filed late last month in US District Court in North Carolina that accuses him of providing false information on a release form. security to serve at Fort Bragg.

The case was first reported by Rolling Stone and comes at a time when the US military is trying to purge its ranks of extremists and white supremacists.

For example, Secretary of Defense Lloyd Austin last year asked commanders to institute a day off to combat extremism. The military also updated its social media policy, which said liking and reposting certain content could result in disciplinary action.

And this week alone, the names of more than 100 current service members appeared on leaked membership rolls of a far-right group accused of playing a key role in last year’s insurgency on Capitol Hill. United States.

Ryan’s biological father is a convicted felon with prior criminal records in Washington state and California for drug offenses and auto theft, according to court records.

Ryan was investigated by a Fayetteville, North Carolina police officer who works under the FBI’s Joint Terrorism Task Force.

Ryan served in the Regular Army at Fort Bragg until his arrest by the FBI on Aug. 26 and “was separated for gross misconduct,” U.S. Army officials said in a statement.

The statement did not specify what the misconduct consisted of. Ryan was also charged with driving under the influence at Fort Bragg in July, according to court documents.

The Army said the FBI informed it earlier this year that Ryan was under investigation.

“The United States military does not tolerate racism, extremism, or hatred within our ranks,” its statement said.

Ryan served as a fire support specialist, meaning someone who gathers intelligence on enemy targets for artillery forces. The military said he had no deployments.

For one of his Instagram accounts, Ryan used an email containing the name “naziace1488”, according to court records.

According to the Anti-Defamation League, 1488 is a number symbol combination popular among white supremacists.

The first is number 14, which is shorthand for a 14-word slogan about “the future of white children,” the ADL said. The second is 88, which stands for “Heil Hitler” because H is the 8th letter of the alphabet, the ADL said.

Ryan was in contact with his biological father via Instagram, according to court records. His father also posted a photo of the two at Ryan’s graduation in 2019.

Legal experts say Ryan could have had his security clearance compromised if he mentioned recent contact with his biological father.

“They are investigating the possibility that you may be compromised in any way due to your personal circumstances,” said Colby Vokey, a military criminal defense attorney.

Ryan would have needed clearance to work with intelligence on enemy positions as well as information on US weapons systems, Vokey added.

Phillip Stackhouse, another military criminal defense attorney, said prosecuting someone for providing false information on a security clearance form is not routine in his experience. Many people often have their license revoked without being charged.

“Maybe they’ll make an example out of him,” Stackhouse said of Ryan. “Maybe it’s to pressure him into cooperating with another investigation.”