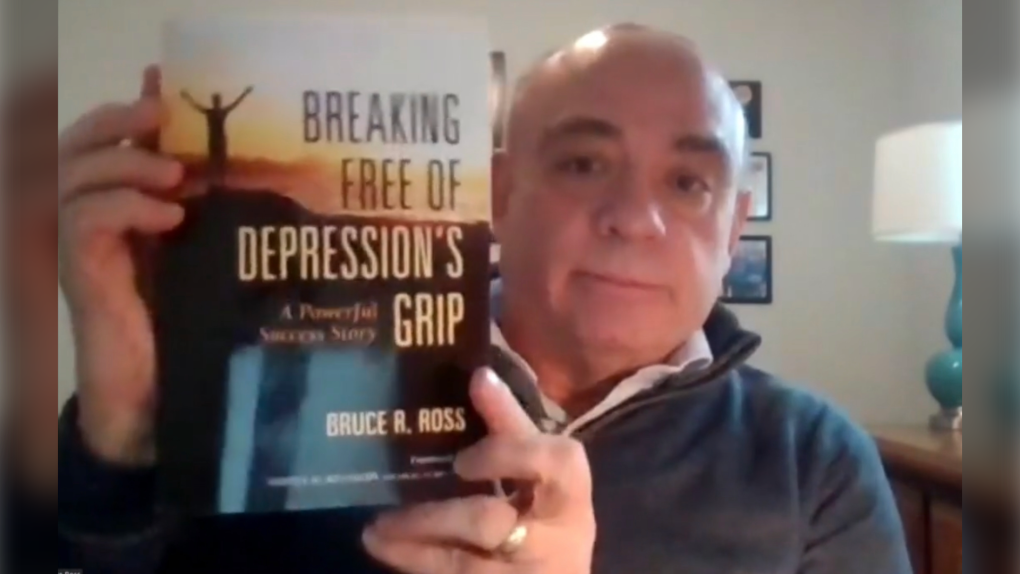 A former Chatham resident shares his decades-long story of depression in a new book in hopes it will help other Canadians persevere.

Author, Bruce R. Ross, says that unlike other books written by doctors or therapists, Breaking Free from the Grip of Depression: A Powerful Success Story is the story of a person ordinary survival and determination to live a full life, despite the grip of depression on him.

“If you really want to really understand or appreciate what it’s like to really live with depression or anxiety,” says Ross. “I don’t preach. There is no morale. There are no magic cures, but it is a subtle and powerful message of hope and perseverance.

The 62-year-old was born and raised in Nova Scotia and moved to Chatham, Ontario. in 1987.

Ross recounts how he tried to figure out what was “wrong” with him, coming to terms with the diagnosis of depression, the endless attempts to find a helpful medication, the therapy sessions with multiple doctors, the enduring electroconvulsive therapy ( ECT), experimental treatments and extremes he went in search of joy.

“Before you can deal with it, you have to accept the fact that it exists,” Ross told CTV News.

“I felt like a criminal who had been on the run for so long and then finally got caught and there was such relief that it was finally over. I just assumed that at that point I could start to recover and start dealing with it.

Now living in Meaford, Ross credits extreme exercise and writing the book with helping him cope with his depression.

Ross says the book dives deep into his pre-retirement life as a CFO in the multi-billion dollar credit union industry, and the critical importance of his boss and other relationships with colleagues, friends and his family.

“There are 300 million people in the world who suffer from depression, so it’s not a standalone disease,” says Ross. “It’s true.”

Breaking Free from the Grip of Depression: A Powerful Success Story is available on Amazon, IC Publishing www.ICBookstore.ca or www.brucerross.ca.

Hawks and Rails come together for a greater cause