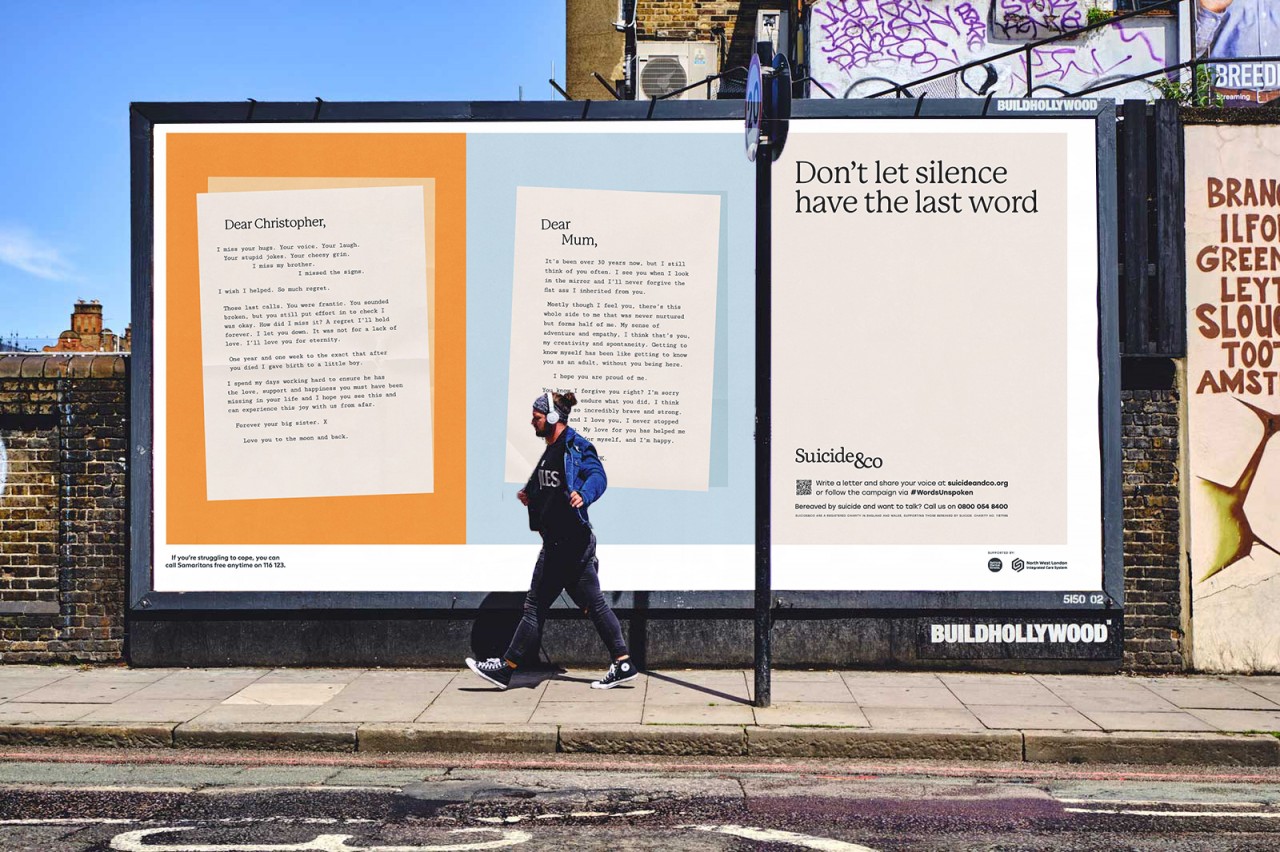 A mental health charity has launched a campaign outside the home with emotionally charged letters written by bereaved friends and relatives.

The national campaign benefits from Clear Channel’s Platform for Good placements and is supported on social media and online.

Amelia Wrighton, CEO and Co-Founder of Suicide&Co, said, “This campaign acts as a collective voice for those bereaved by suicide. With over 70 letter submissions already, they are a brilliant representation of the complexities of suicide grief. We hope bringing these letters into the open will help those who may feel silenced by the stigma surrounding their grief.

“The campaign is also a form of support in itself, because writing a letter is a therapeutic action, allowing people to release and acknowledge their feelings.”

Grant Parker, Creative Partner at Harbour, added: “Very often the voices of those bereaved by suicide go unheard. We wanted this campaign to show the many nuanced forms of grief these people experience. It’s shocking that so many of us are affected by suicide, yet it’s not something we talk about openly.

“By boldly displaying these letters on large-format posters, we hope it will eliminate the stigma that those bereaved by suicide often feel and help the millions of people who are affected by it each year know that they are not alone.”

The campaign was inspired by the estimate that one in five people will be affected by suicide at some point in their life.

Past awareness campaigns have replicated the latest messages sent by men to loved ones to draw attention to a mental health crisis.

Is meditation magic for mental health?

Cyber-misogyny and the trolls behind the glass ceiling