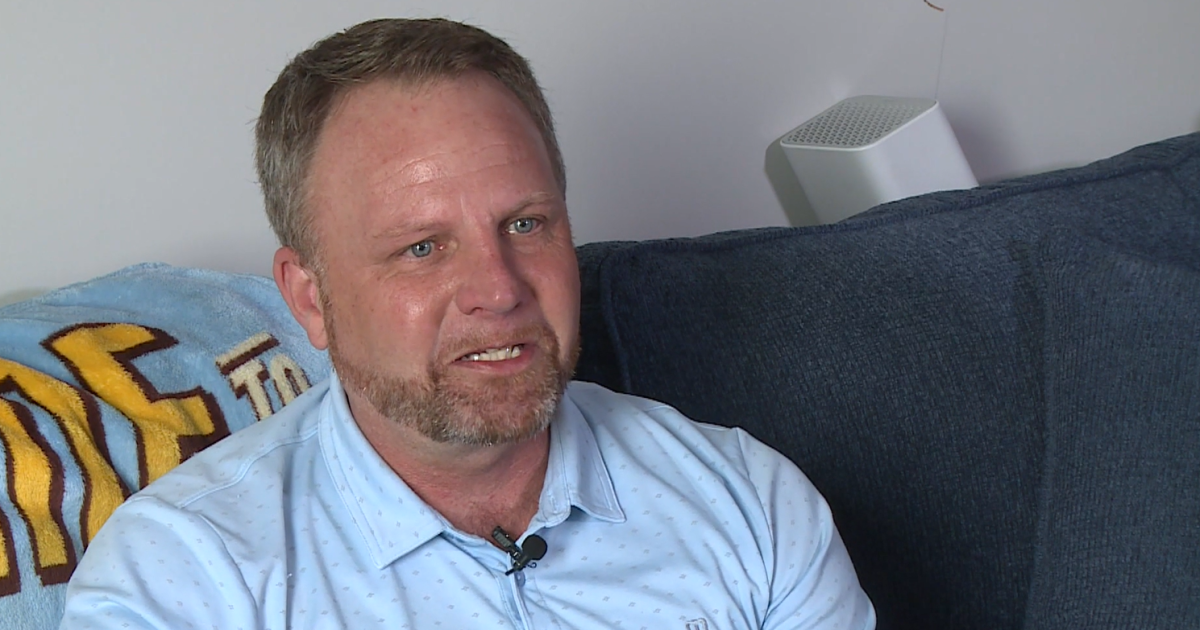 How This Virginia Tech Legend Shares Hope With Ladybugs

RICHMOND, Va. — Virginia Tech fans know Jon Laaser and know that his tenure as the voice of the Hokies ended abruptly last year.

This ending was not planned, at least not by Laaser himself. However, it has allowed him to channel his efforts and energies into what he truly believes he was put on Earth to do – to help those who struggle to help themselves.

According to legend, a ladybug is a symbol of luck and hope. Jon and Renee Laaser hope to make it one of empathy and understanding as well.

The former voice of the Hokies launched his Clean Mountain Air campaign in Blacksburg last fall, selling T-shirts and other items with his slogan to raise money and educate college athletes about mental health.

He took off in a way the Laasers couldn’t have imagined.

“We just thought people were friendly and nice to buy our shirts and be good friends and supporters of Jon. But then people started telling us their stories, my wife was suffering from depression or something. one of my family committed suicide”, says Renée.

“You step into the mental health space and you’re vulnerable and honest about your own stuff and the people that come into your life are just amazing. That’s where it all started,” Jon said.

The success has made them think more and more about how they can help ease the burden of an overburdened mental health system in the country.

Up to 25% of people seeking help can wait more than three months to see a professional. For Laaser, this problem hit very close to home during the holidays when a family member was hospitalized with injuries due to stress.

“For two days sitting in the ER, waiting for a bed in a facility. When this happened over the holidays, we were like, we gotta get off the bench and get in the game,” Jon said.

So Jon and Renee founded Laaser’s Ladybug Society, aiming to raise funds and awareness for the problem, especially as it relates to children. They hoped to address mental health issues at a younger age to prevent them from becoming bigger problems when they become adults.

“We like to say water the roots not the leaves. That means trying to get mental health support and staff in schools so that when a five or seven year old comes into their teenage years and they have issues in their lives and it’s so pervasive in our society that they can actually get that help right there,” Jon said.

However, they cannot just snap their fingers and have help ready to go.

They start with smaller local events, like a pickleball tournament later this summer and more are planned for later in the year.

“More people are talking about it and opening up and that’s great. But now we actually have to fix it and fix it and come back as a community and lean on each other,” Renee said.

“When someone sees the ladybug shirt, it doesn’t have to be ours with anything on it, so they know there are people out there who want to have that conversation,” Jon said.

Laaser quit his job with the Hokies earlier this year and is now solely focused on this new project. He could be a case study in making a tough decision that leads to a bigger goal in the future.

“People who think it was easy for me to leave, to make that decision is the hardest thing I’ve ever done,” Jon said.

“It’s rejuvenated, I would say, because every day we wake up and there’s a new challenge and a new goal. We’re learning more and we know that everything we do is for a good cause and a good reason,” said Renee.

Jon’s father, Mark, was a pioneer in mental health counseling and awareness. Her passing in September 2019 marked Jon’s shift in priorities and renewed interest in helping others find their own ladybugs.

“He did something very similar in his life around the same age where he wasn’t sure if it was the right path in terms of speaking, writing, books and everything he has. done. Hopefully, I’m not him but I’d like to be similar,” Jon said.

Jon and Renee don’t have a working website yet, but you can find information about what the two are up to on Facebook.

Their pickleball event is June 11-12 in Chesterfield and they will have more information on upcoming events soon.