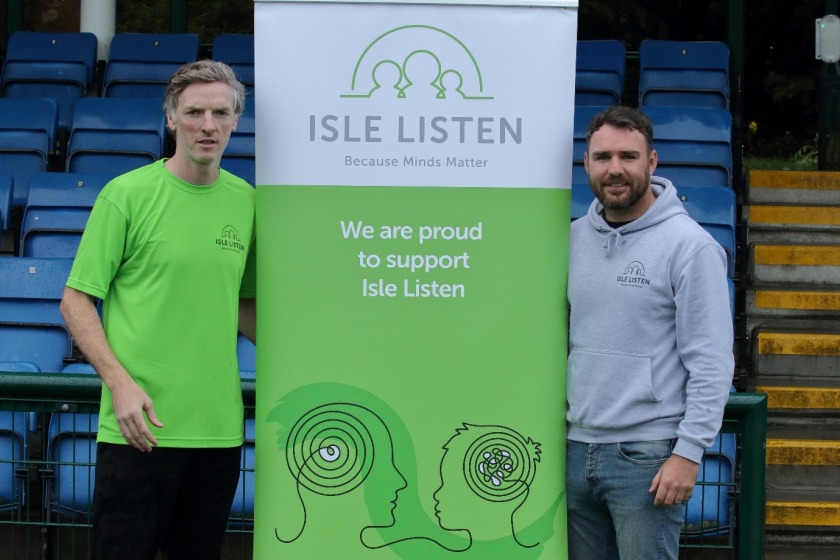 
The football season kicks off this weekend and a new campaign using football to create conversation within the Manx community about men’s mental health has been announced.

Mental health charity Isle Listen and FC Isle of Man have teamed up for the campaign.

Mental health remains one of the biggest issues facing men under the age of 45 and through this partnership they want to emphasize that mental health is just as important as physical health. Football is a subject that many men talk about more than any other, and thanks to the popularity of football, both organizations hope to take even bigger steps to eliminate the stigma on our island.

Les Nicol, Vice-Chairman of FC Isle of Man, said of the partnership: “The club are delighted to be able to partner with such an important charity and look forward to working with them over the coming season to supporting the positive mental health and well-being of our island.”

The partnership will see several initiatives over the next 12 months, including the training of over 100 people in the FC Isle of Man team and the various support teams in mental health and wellness first aid, their allowing them to spot early signs that someone may be in trouble and enabling them to provide support.

You can receive Energy FM News directly to your mobile device using one of the following methods.