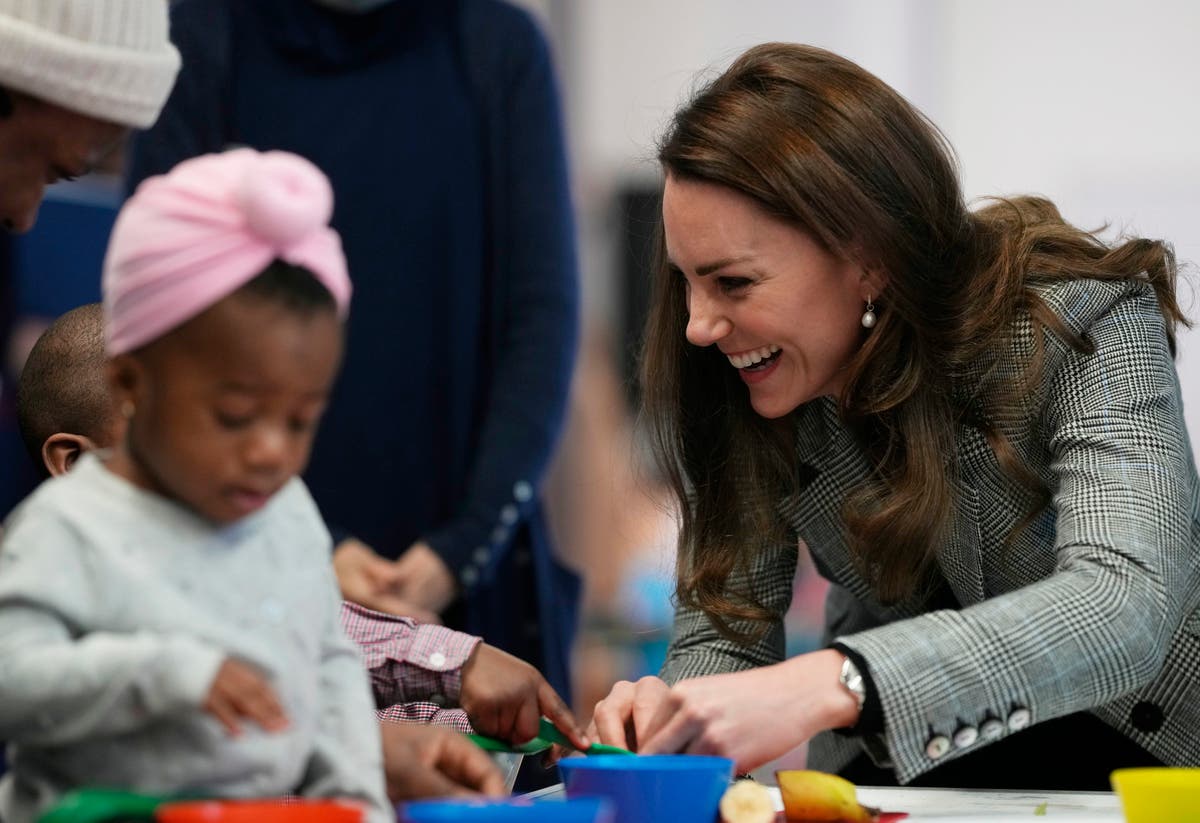 he Duchess of Cambridge made fruit skewers with toddlers during a visit to a parenting support project in south London.

Kate, 40, could be seen smiling as she joined a cooking workshop organized by mental health charity PACT in Southwark on Tuesday.

The Duchess said she wished she could have joined a similar group after giving birth to her first child, Prince George, adding that she would have “learned a lot”.

PACT – Parents and Communities Together – aims to tackle isolation and loneliness by providing access to health and social services for parents in hard-to-reach communities.

The Duchess, who has previously championed early childhood research, met with mothers and children to learn more about the challenges they face.

She spoke of the importance of creating a “holistic” system to ensure that single new mothers and their children do not “fall through the cracks”.

Visitor Simonetta Guerra explained to Kate how the course educates parents about the influence a child’s early years have on brain development and the importance of letting them play.

She added: “What’s so fantastic is seeing the amazing work that’s going on here. This support you offer is amazing. Science confirms it.

Kate helped two-year-old Jonathan, who was wearing a smart shirt and celebrating his birthday, cut his banana.

Her grandmother Grace told her that the sessions featured “lots of kids and lots and lots of toys”.

“Did it help your relationship with him?” Kate asked, pausing to say “Good job” to the youngster who was eating well.

Going to shake a mother’s hand, she laughed: “Sorry, now I have a sticky hand”, before making a surprised face at Zoe, a one-year-old child nearby, who was busy eating strawberries.

“I can see why everyone likes it here,” Kate added.

Kate watched children climb a frame to descend a slide, and accepted a “cup of tea”, full of kinetic sand, from a boy called George – the same name as her eldest.

Playing along, she took off her mask for a dummy sip before saying thank you and handing it back.

The Duchess spent time with Laura Barber, mother of two-year-old Rebecca, who spoke about mental health and the challenges of isolated parenthood.

Ms Barber said: ‘She said if she had had something like that she would have enjoyed it too.

MumSpace Playgroups are free weekly sessions hosted by PACT for mothers to share the highs and lows of parenthood.

Kate, who set up the Royal Foundation Center for Early Childhood, focuses much of her charity work on early childhood and its impact on later outcomes.