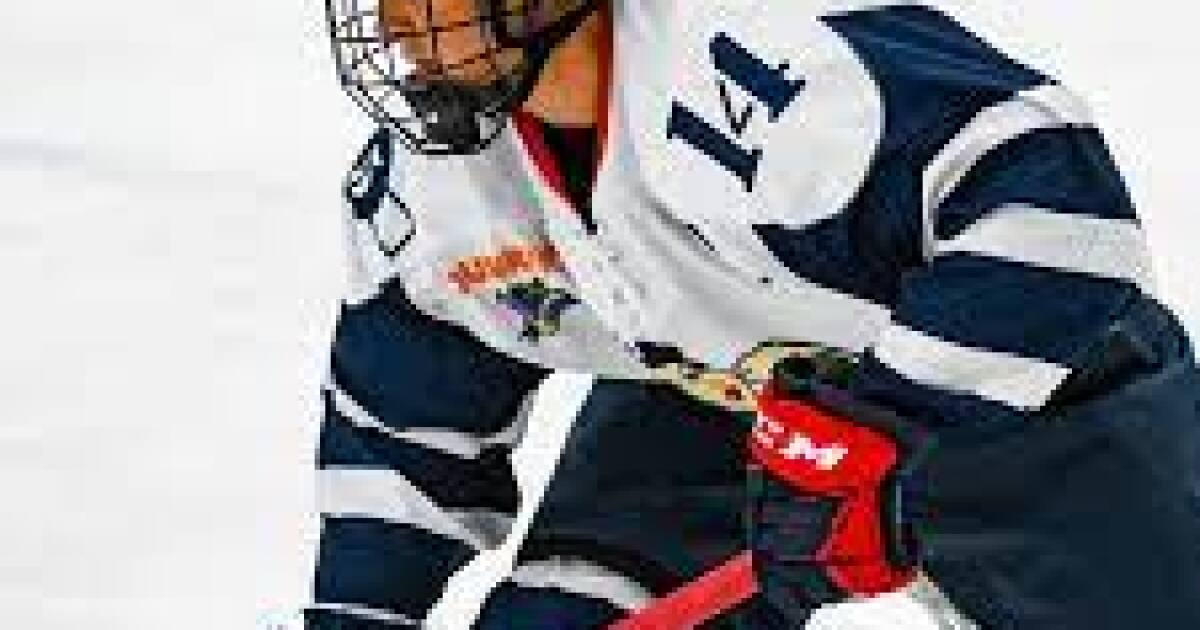 Sports icons such as superstar gymnast Simone Biles, tennis champion Naomi Osaka and two-time Alpine Olympic gold medalist Mikaela Shiffrin have opened up about mental health. Experts say the more conversations we have about it, the faster we can reduce stigma.

This is why the Metropolitan Riveterswomen’s professional hockey team representing New York and New Jersey in the Premier Hockey Federation, will host a Mental Health Awareness Night at the Prudential Center at 2 p.m. on March 5.

GM Riveters Anya Packer, Riveters Captain and All-Star Madison Packer and Dr. Joe Galasso of Baker Street Health & Human Performance to rejoin Sports Jam with Doug Doyle to talk about the event, the growth of the PHF and the enthusiasm generated by women’s sport.

The Riveters will wear specially designed shirts with the Riveters logo and “Let’s Talk About Mental Health“. These jerseys will be auctioned off and proceeds will go to The Herren Project, a project that gives money directly to children and families dealing with addiction and mental health issues.

The Riveters have formed a groundbreaking partnership with Baker Street Health & Human Performance, to provide team athletes with a state-of-the-art suite of medical support, behavioral health services and mental skills training. The Baker Street team works with many professional teams to provide unparalleled healthcare services and are true champions of women’s sport.

Dr. Galasso says he wants his staff to be accessible to Riveters to discuss any type of mental health concerns they may have. When he was active in sports, he noticed the need for help at all levels.

“I was a booming athlete, even though I didn’t grow taller than 5’8 or 5’9, I wasn’t going to Major League Baseball. I knew that and my career would have changed. And in this I saw my teammates struggling. We had our own share of struggles, we had suicides in my high school. I was also exposed to many similar experiences. I took it upon myself to start to learning what was going on and I thought my path was going to take me more into pediatrics. That’s where I thought I wanted to go when I was very young. In high school and college, I made the switch to psychology and I stayed with that. Then I realized that I wanted to stay with athletes. That’s where I’ve spent my entire career. My practice is mostly with athletes.

Madison Packer, a legend in the National Women’s Hockey League, now PHF, is the league’s second all-time leading scorer. The former University of Wisconsin star played in four NWHL All-Star Games and won the Isobel Cup in 2018 with the Metropolitan Riveters. She says that as part of her new contract with the Riveters, there was to be a mental health awareness game during the season.

“Five years ago we wouldn’t have had a game like this in our league. Five years ago nobody was talking about these things on their social media. They weren’t making commercials about it. They didn’t have athletes who were brave enough to come out and say things on their own It’s really only once really horrible things started happening We started reading more on this seeing more we realized that wow there are a lot of people going through the same thing i am blessed to have a lot of good resources but also to lose a lot of people that i love really and that I really care about. If I can have a conversation with someone I’ve never met, or have a game, we’re wearing jerseys that people are lining up to buy because it means something to them, that we talked about it for a weekend, as if that was what it was all about. n many people interested in these jerseys we put together for the sanity game. Kids, adults, anyone to feel connected and valued, and feel normal. t their experience is a human experience. So the sanity game is going to be pretty special to me. I’m excited for that.”

Madison’s wife, Anya, retired from hockey after three seasons in the Premier Hockey Federation with the Connecticut Whalers. She eventually took on the role of executive director of the PHF Players Association.

As the Riveters’ current general manager, Anya Packer has thrived. She was named one of Sportsnet’s 25 Most Powerful Women in Hockey in 2020. The general manager has a long history of helping others, particularly in the mental health community. Anya says her realization came when she was just a child.

“I was growing up with all the different things and stresses that come with being a teenager, being a teenager, but also dealing with pretty severe anxiety and depression. It was around my seventh year, I was kind of trying to understand what was what, and I had a period of time where I tried to kill myself. I spent time in the hospital. It took me away from my team and my sport when I was in high school. And since then, as I kept growing in ranks and throughout the sport and my platform started to grow, I wanted to share with people that it’s okay, that it there are times when you’re going to struggle, you’re going to struggle and it doesn’t change who you are as a person. It’s been a long road of growth for me to understand that and about myself.

Anya Packer is happy to see more athletes coming forward and raising awareness of the importance of asking for help.

“You know, I’ve always said that if there was an athlete or someone I looked up to at the time just to talk about it, maybe I would have felt more comfortable asking about it. help my parents or go see a doctor, or go see my school counselor. , I never did any of those things because it was so taboo and you were always labeled as something. So when I started growing up in this sport, I realized that I had to take this moment and this opportunity to let any kid know, or any fan or any adult know that if you weren’t feeling well or needed a check in, it didn’t matter. I’d rather you were here and needed mental health help than, unfortunately, you lost your mind. life.

Packer points out that Dr. Galasso has been part of the success team since day one. He has regular meetings with all players and team building sessions which include the Riveters leadership group.

“He really came to us with this idea that we’re going to take all of your athlete. The Riveters are lucky to cross Baker Street, they’re such an amazing group.”

“I hope my team adds value to the people we serve. We simplify and improve their lives. We give them access and I hope everyone feels comfortable calling us when they need help. See how easy it is to pick up the phone, that there’s no shame, just like you’d call the athletic trainer or the strength and conditioning coach or the orthopedist , it’s the same.”

What’s not the same is the growth of women’s hockey. Madison Packer, not only a pioneer in women’s hockey but also a mother, remembers saying many times that she couldn’t play hockey.

“I was almost always the only girl playing a male sport. I always had people telling me that I couldn’t, that I wouldn’t do it, that I was too slow, that girls don’t play not in hockey and that’s what drove me It takes a lot of motivation, commitment and sacrifice to pursue a dream but look around the world and all these people who are accomplishing the things they set their minds to .”

You can see the full SportsJam interview with Madison and Any Packer, and Dr. Joe Galasso here.