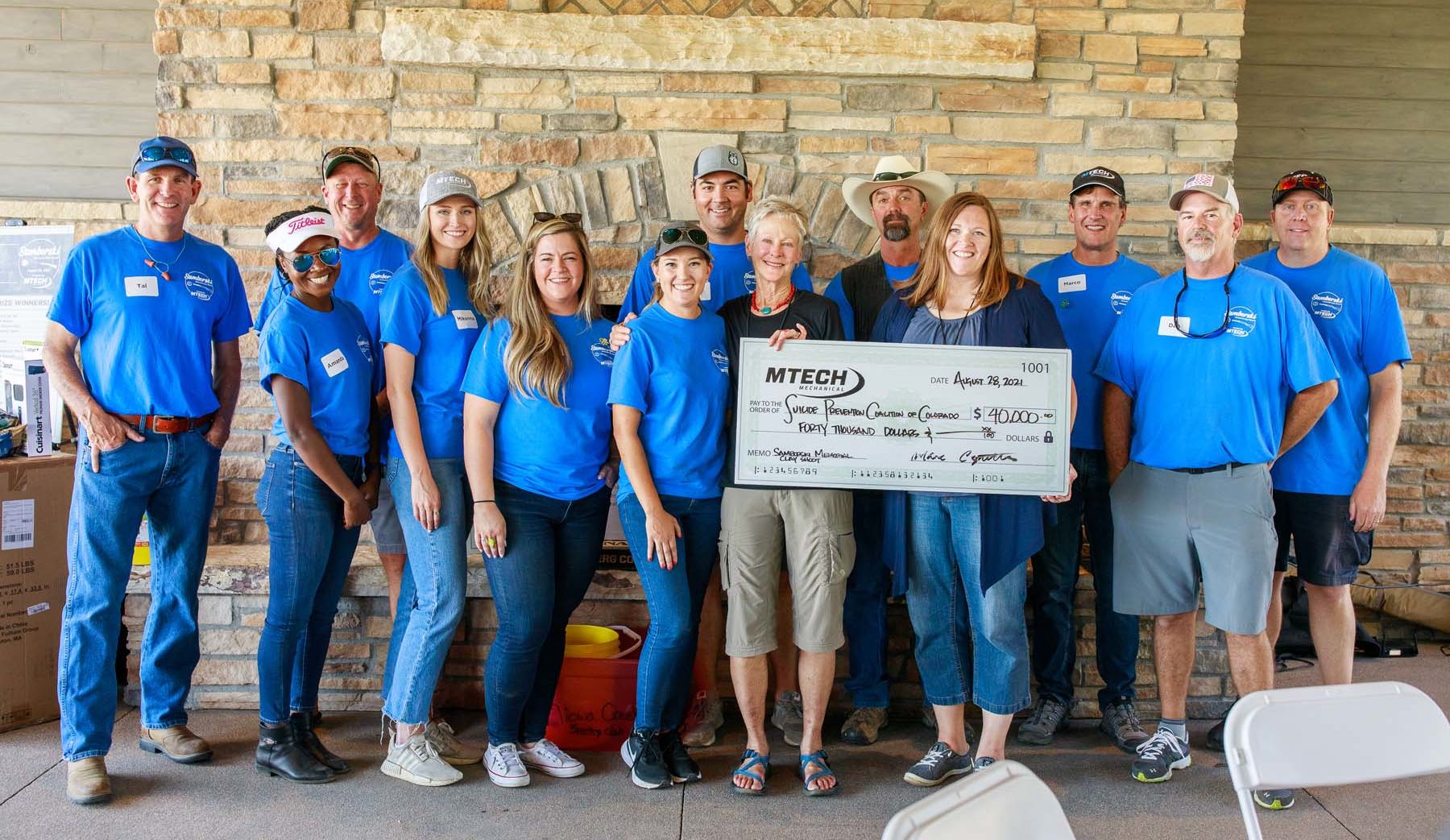 “The statistics on suicide rates in the construction industry are sobering. Our industry peers are 10 times more likely to die by suicide than the four fatalities (falls, hit by an object, electrocution, trapped in between), ”said MTech President Marco Capitelli. “Our mission to carry on Bill Samborski’s legacy and raise awareness about mental health and suicide will continue through this event for years to come.”

Over 180 people were able to participate in this event, including prizes for breakfast, lunch and raffle, as well as an extensive shotgun raffle that raised over $ 4,000 on day of the event. The top three teams were Saunders Construction — 1st Place, Englewood Win Supply — 2sd Place and LONG Building Technologies — 3rd Place.

“The AFSP CO chapter was honored to be part of this event. We are impressed with MTech’s efforts to educate their employees and industry organizations on the importance of suicide prevention, mental health care, and help-seeking behaviors. We are grateful and touched to be a beneficiary of the event, ”Sheri Cole, Colorado Regional Director, AFSP.

“The MTech Samborski Memorial Clay Shoot is a well-organized and fun event in honor of those who have committed suicide. Suicide prevention is everyone’s business and the SPCC is encouraged that MTech is addressing mental health and suicide prevention in the workplace as a backbone of the business. The generosity we have received from MTech and the construction community is greater than we ever imagined, ”SPCC Board of Directors.