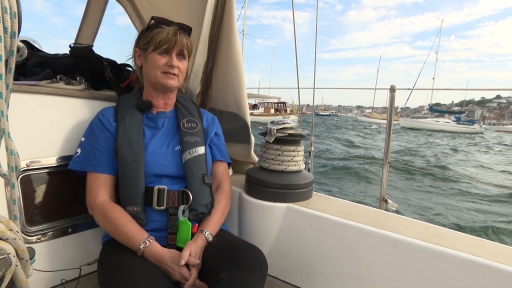 Pride of Britain 2021: Devon mother raises thousands in memory of daughter who took her own life

A Devon mother was nominated for a Pride of Britain award after spending all of her time raising thousands in memory of her daughter who committed suicide.

Karen Clare, who lives near Exeter, raised Â£ 7,000 for mental health charities following the death of her 27-year-old daughter, Abigail, in April 2020 following a struggle with her mental health.

She said the fundraising efforts are helping her cope with the tragic loss of her child because she knows the money will help others while preserving her daughter’s memory.

The Pride of Britain finalist said: “It certainly helped me overcome my grief and it helps me keep Abigail’s memory alive.

â€œShe was an incredibly capable young woman and I know she would be proud of the work we do on her behalf.

“She was loaned to me for as little time as possible but she has lived her life well and I will never let her forget.”

Karen’s toughest challenge included a 36 mile walk from Exeter to Plymouth via Dartmoor on the anniversary of Abigail’s death.

He said: â€œWalking 35 to 40 miles in such a short time anyway shows me the willpower she has developed to try and protect other little girls who might fall into the water because it’s a blow that no one could really understand. “

She added, â€œEarly intervention is really important and I think that’s where Sea Sanctuary comes in.

“It’s great to be outside of therapy that doesn’t have to be within four walls – it’s the best therapy.”

The charity offers mental health therapy on the water and charity worker Claire Watt said the service gives people the confidence to face their problems.

“We give them time and support and we give them hope that they can really develop and overcome whatever they are going through,” she added.

“We give them this space to talk to people and understand what is the root of the problem.”

â€œMy heart just goes out to her and meet her today and her dad, I just don’t know how she does it.

“She has that inner strength just to keep going and I never knew Abi but I know from the work she does now I’m sure Abi would be so proud of her.”

Speaking about her appointment, Karen said, â€œIt’s pretty humiliating because for me I’m just a mother who finds her way through mourning.

â€œI miss my daughter every day and to be able to do good on her behalf and keep her memory alive.

“It’s just what I’m doing now, but I’m very honored and very touched to have someone name me. It’s such a beautiful thing.”