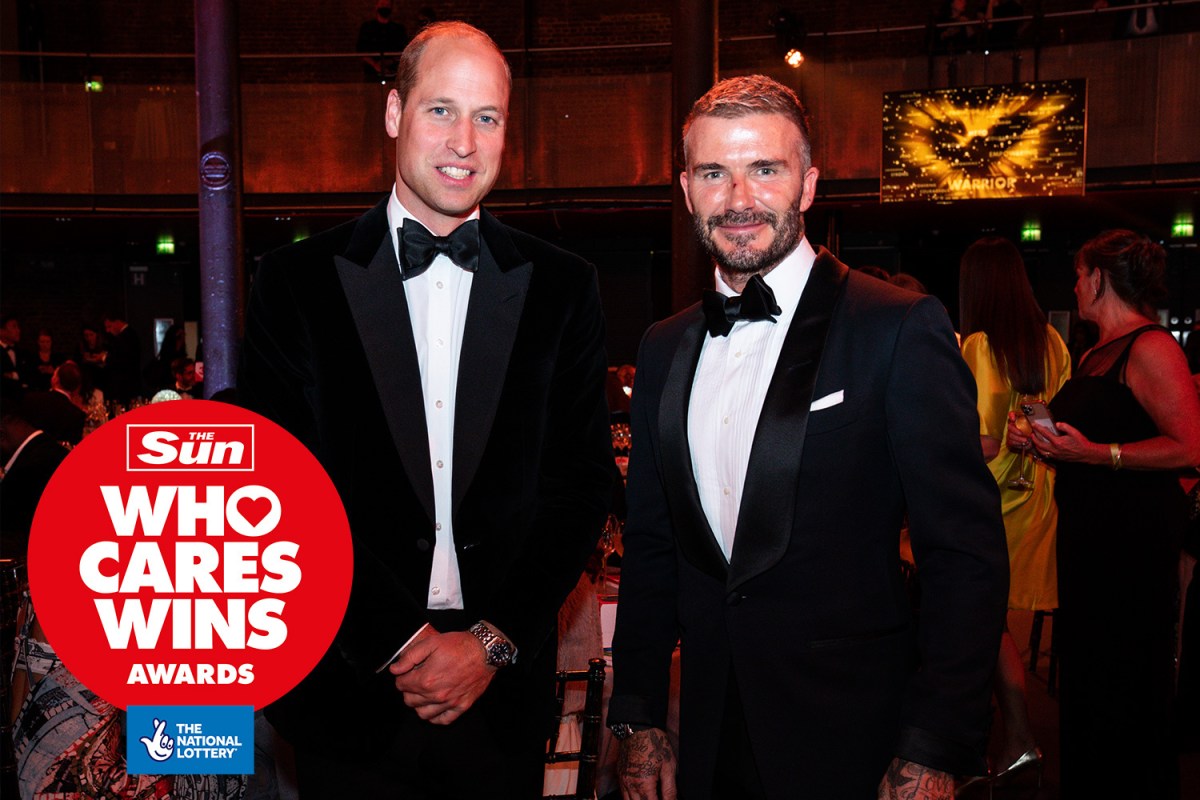 PRINCE William and David Beckham reunited to honor the heroes of health tonight.

The couple, who have been friends for years, smiled as they posed for photos together ahead of the Who Cares Wins Awards.

Their mutual love for football has seen them chat happily at various events over the years.

And the duo have forged a strong friendship, with the English football hero now often joining the Duke, 39, to raise awareness about mental health issues.

They caught up as they both stood in the stands for the decisive Euro 2020 game between England and Germany at Wembley Stadium in June.

Tonight, the couple smiled relaxed for the camera – before Prince William saluted the “astonishing courage” of two paramedics as he presented the 999 Hero award.

The Sun Awards have been held annually since 2017 and celebrate our amazing doctors, nurses, midwives, surgeons, volunteers, researchers and charities.

After a tough year and a half of battling the pandemic, thanking NHS workers has never been more important.

The Who Cares Wins Awards honor those who have helped care for the nation.

Here are the categories:

Earlier this year, Beckham partnered with Prince William and Kate Middleton to urge people to “keep talking” in a special mental health message.

And last year, the football legend opened up to Prince William about his own mental health issues as he spoke of his “toughest year.”

Posting an excerpt from the discussion on Instagram, David added in the caption: “Thanks to the Duke of Cambridge for inviting me to participate in this important conversation ahead of the Heads Up FA Cup final this weekend. @Kensingtonroyal # HeadsUp “.

This year, The Sun partnered with The National Lottery and NHS Charities Together to present the prizes.

The Duke of Cambridge and his wife the Duchess are both patrons of the association, but the prince flew solo tonight.

It will air on Channel 4 this Sunday at 7:30 p.m. but took place tonight at the Camden Roundhouse – with TV’s favorite host Davina McCall.

We pay for your stories!

Do you have a story for the Sun News Bureau?