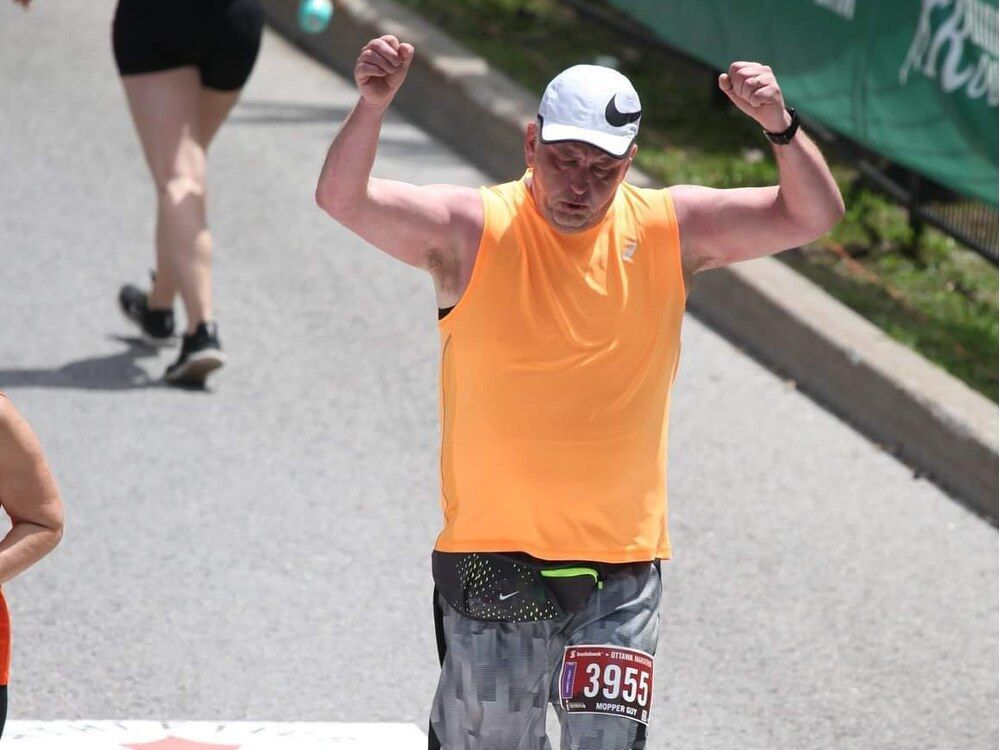 Race weekend: Pembroke man to run half marathon in honor of daughter

A Pembroke man laces up his running shoes to raise money for a local charity and to honor his daughter, who died of an accidental drug overdose last year.

Steve Wood, who is running a half marathon next weekend as part of the Tamarack Ottawa Race Weekend, is raising money for the Robbie Dean Centre, a charity with locations in Pembroke and Renfrew that provides counseling and support to families dealing with mental health issues and addictions.

It’s a cause close to Wood’s heart. His own father died by suicide and he knows what it’s like to struggle with depression. Running provided him with an outlet to clear his head, and in 2020 Wood began fundraising for the Robbie Dean Center when COVID-19 halted the center’s fundraising activities. He has maintained the tradition since then, but this year his run has added significance.

Taylor Wood, Steve’s daughter, was 29 when she died. His life and death reflect issues of mental illness, addiction and toxic drug supply that are taking their toll on families across Ontario.

“Taylor was an amazing kid,” Wood said in an interview on Saturday. “She was full of life. She was fun and loved to laugh.

Steve and Taylor shared a love for heavy metal music and she lived a normal teenage life, he said, until 8th grade, when bullying at school tipped her into a spiral of depression and anxiety.

She dropped out of school, held a part-time job for a while, but then moved to Oshawa, where her depression seemed to worsen.

“She never got any help,” Steve said. “It got worse and worse every year. I love my daughter, but there were times when we couldn’t really talk on the phone because I couldn’t understand the life she was leading. You try to figure it out, but you can’t. I never understood how you could not go to school. It really made me look at the mental health side – it wasn’t his fault “She just couldn’t physically go to school. She was so anxious she couldn’t go. I understand that now, but years ago I didn’t.

Taylor also entered into an abusive relationship, Steve said, and was asked to try cocaine, which, unbeknownst to her, was mixed with fentanyl, causing a fatal overdose.

Fentanyl is a strong opioid, and advocates have warned it’s increasingly found in drugs in Ottawa and across Canada. Opioid overdoses were directly responsible for at least 127 deaths in Ottawa last year, Ottawa Public Health said. The Ontario COVID-19 Advisory Table has noted a significant increase in opioid-related harms, particularly fatal overdoses, during the pandemic. The table said Ontarians need broader access to addiction, mental health and harm reduction services to combat the crisis.

the Robbie Dean Center was created to fill these gaps in areas where resources were not always available. Monique Yashinskie founded the center after her son, for whom the center is named, died by suicide in 2011. She was frustrated with the lack of support available in Renfrew County.

The center offers counseling and a variety of support groups.

Last year, Wood raised over $6,000. This year he hoped to harvest more, but said he was overwhelmed with the support he had received so far. Already, with the help of social media, he has raised more than $10,000, a new record for him.

“People I’ve never met in my life are transferring money electronically,” he said, “and then I hit $10,000. I literally got goosebumps and I cried a few tears because I just couldn’t believe it… People just reacted to it in such an amazing way.

Wood recently visited the Robbie Dean Center and understood where the money was going and how it would be spent.

“It kind of lit a bigger fire under me to make sure this place stays open,” he said.

More than money, Wood says he’s also running to raise awareness. He wants families to know that the center exists and that they should ask for help if they need it. He also wants to help fight the stigma surrounding mental health issues.

“I want people to know, yes my daughter died of an accidental overdose, but she didn’t want to die,” he said. “It could happen to any family. There’s this mental health stigma. She was a normal teenager up to, bang, that point. People just really need to know that it can happen to n ‘anyone.

Wood will lace up his running shoes to run what he calls the Taylor Wood Memorial Run for Mental Health during Ottawa Race Weekend. He accepts donations by electronic transfer or Paypal via his email address at [email protected]

Sign up to receive daily news from Ottawa Citizen, a division of Postmedia Network Inc.

Thank you for your registration!

A welcome email is on the way. If you don’t see it, please check your spam folder.

The next issue of Ottawa Citizen Headline News will soon be in your inbox.

We encountered a problem during your registration. Try Again