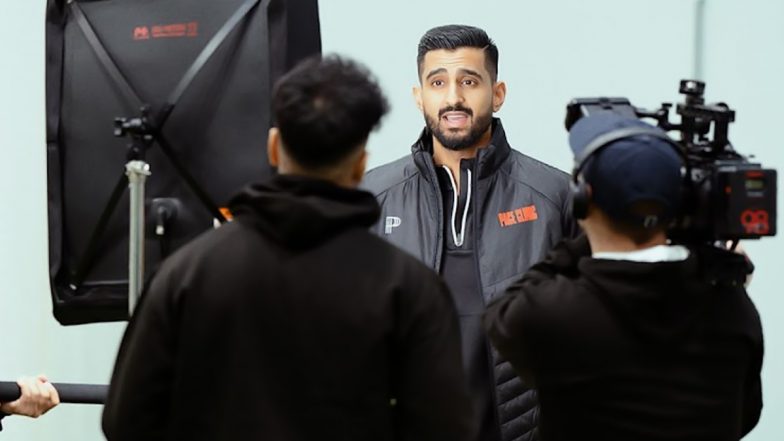 Raising awareness among amateur cricketers about mental health issues no one talks about: Shahbaz Choudhry

“Every budding cricketer dreams of becoming a professional. But the truth is that many players will never achieve this goal,” says Shahbaz Choudhry – the founder of the world’s largest speed bowling platform, Pace Journal. He is a speed bowling coach and consultant who has acted as a catalyst for over 100,000 cricketers and coaches in understanding the in-depth knowledge of pace bowling. Unlike other coaches, Shahbaz in his statement reflects a lucid reality of the sports world. He does this not to demotivate young cricketers but to bring them closer to the real aspects of sport and life, to make them face reality and accept it with positivity, and to make them realize the importance of move forward in life no matter what, which will be explained as you read.

Growing up with all his passion for cricket, young Shahbaz played cricket in England through the county age group system for Middlesex and then Northamptonshire Academy. His skill and dedication won him the fortune of a professional contract from Northamptonshire in 2009. But that fortune could not stay with him for long. Being excessively obsessed with his ambitions, the inexperienced Shahbaz tried too hard to experiment with his fast bowling techniques. This led him to the point where he was stripped of his original speed bowling skills, which resulted in the loss of his first professional contract. This loss was costly enough to cost him physically as he gained over 30kg of body fat along with mental health issues for years to come.

OVERCOMING DIFFICULTIES IN THE WAY OF SHAHBAZ

Then came the term that completely dominates the life of Shahbaz Choudhry. “Mental toughness” was what he sought and forged for himself. It dates back to 2017 when he picked up the ball not with the idea of ​​being a professional player but with the motive of correcting his past mistakes, to regain the unparalleled feeling he had while playing bowling without a pinch of heaviness in his mind or heart. . Little did he know that this effort would reveal to him a future he had never dreamed of.

Encountering his first career fall didn’t stop Shahbaz from reaping success. Not only did he face his mental and physical health issues, but he also turned learning from his mistakes into something virtuous. Fighting any negativity that came his way, Shahbaz started a project called “Pace Journal” in 2018. The motive of “Pace Journal” is based on the idea of ​​protecting other ambitious cricketers from the mistakes he has made. committed on his journey. and this goal has been achieved by producing the most effective and informative fast bowling content from the best names in the world like Ishant Sharma, Tino Best, Mark Wood, Tymal Mills, Jofra Archer, Saqib Mahmood, Lockie Ferguson and the latest but not least Kylie Jamieson.

One of the most important things that have been active throughout Shahbaz’s journey is his unique perspective in all areas. The entrepreneurial angle he has can be seen in his opinion which says:

“I noticed a gap in the market. I call it “time sensitive” content as opposed to “timeless content”. I found it very frustrating to see interviews or articles from fast bowlers that I admire and the content was always about something related to the game they had just played etc. It’s time sensitive content and 2-3 days after the event, no one cares anymore. This is old news.

The world would have been a much better place if each person was so aware of the information they feed on daily. Shahbaz Choudhry is a true preacher of having effective learning and productive information which helps both physically and mentally to ride through the waves of time.