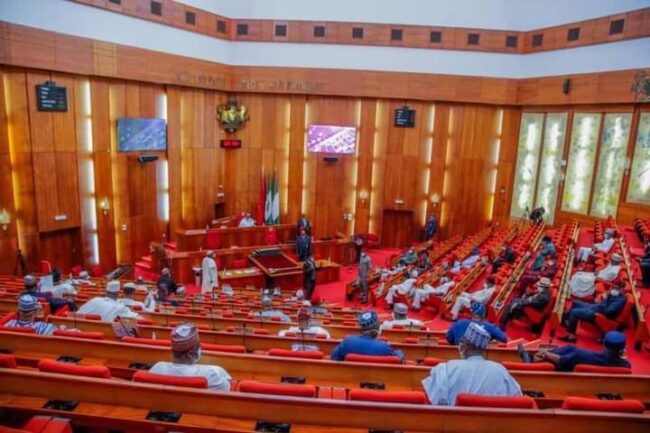 The Socio-Economic Rights and Accountability Project (SERAP) called on the African Commission on Human and Peoples’ Rights (ACHPR) to order the federal government to withdraw the bill aimed at gagging the media.

In June, the federal government asked the House of Representatives adopt a law regulate social and online media in Nigeria.

Many Nigerians have called the bill sponsored by Olusegun Odebunmi, a lawmaker in Oyo state, “draconian” and an attempt to stifle free speech in the country.

In a statement released on Sunday, Kolawole Oluwadare, deputy director of SERAP, called on the commission based in Banjul, The Gambia, to take interim measures to urgently prevent the government from passing bills to suppress the media. .

â€œPressure from the Nigerian government and the National Assembly to support and pass the two anti-media bills is illegal, as passing the bills would be contrary to the country’s obligations to respect, protect, promote and fulfill the right to freedom of expression, access to information and freedom of the media under Articles 1 and 9 of the African Charter, â€said Oluwadare.

â€œThese anti-media bills are the latest threats to free speech, access to information and media freedom in the country. The bills do not comply with the provisions of the Declaration of Principles on Freedom of Expression in Africa, which supplements Articles 1 and 9 of the African Charter.

“The Commission has the power to request provisional measures from the Nigerian government and the National Assembly under Rule 100 of the Rules of Procedure in order to prevent irreparable damage and threats to human rights, including liberty. expression, access to information and freedom of the media as quickly as the situation. requests.

“The bills include backward provisions that threaten human rights, including freedom of expression, access to information and freedom of the media, and could criminalize reporting and give the government powers and oversight too broad on journalists, broadcasting stations, media houses and media professionals.

â€œIf passed, the bills would be used by those in power to intimidate and harass their critics, and to stifle freedom of speech, access to information and freedom of the media. The bills would have a chilling effect on the media, thus inducing a certain measure of self-censorship.

â€œMedia freedom, which is an aspect of the right to freedom of expression, is now generally recognized as an indispensable element of democracy. Mass media promote the free flow of information, which enables citizens to participate meaningfully and in an informed manner in the democratic process.

SERAP added that the federal government and the National Assembly have produced no evidence that the bills are necessary or legal, adding that a free press is the cornerstone of a healthy democracy.