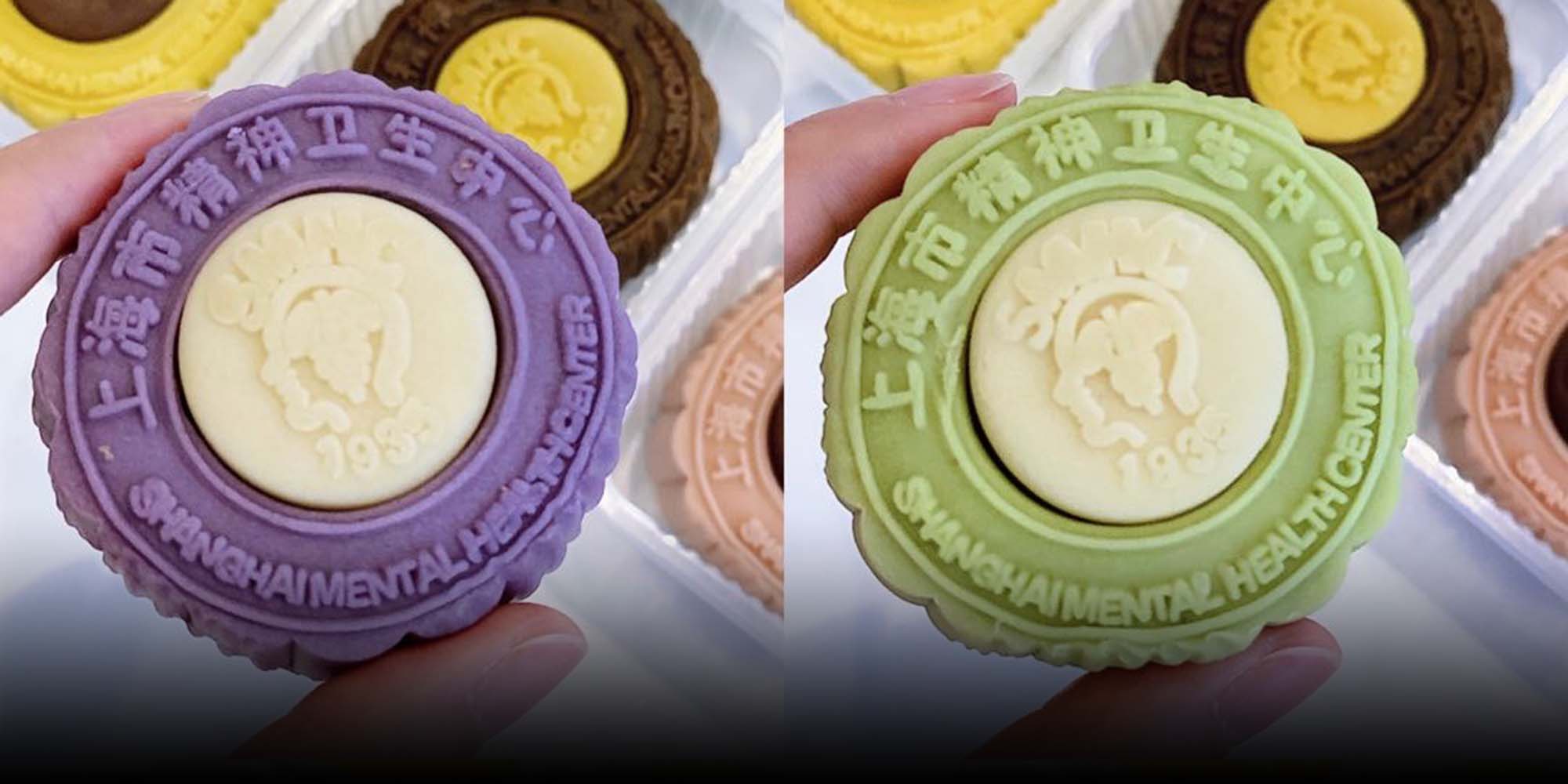 The Mid-Autumn Festival is still three weeks away, but news related to moon cakes – the traditional Chinese delicacy associated with the festivities – is already making the rounds on social media.

In Shanghai, snacks from one of the city’s mental hospitals have gone viral, although they are not available to the general public. Locals nevertheless shared photos from the Shanghai Mental Health Center’s favorite festival on various social media platforms such as WeChat, Weibo and Little Red Book – with many in favor of moon cakes with a message.

Previously, residents of the city would talk about the hospital and even its main location on Wanping South Road in low voices due to the stigma associated with mental health. However, the fact that people are sharing moon cakes with the center logo engraved on them seems to signify a change in public attitude.

“The popularity of moon cakes may look like an accident, but it’s an inevitable trend,” Qiao Ying, deputy head of the hospital, told Sixth Tone. “People of all ages have (mental health) needs and we are meeting those needs. The importance of mental health awareness has increased especially due to COVID-19. “

Song Yuanming, a young librarian who lives on the same street as the hospital, said the address was often not seen in a good light. However, she said times have changed, adding that she also posted photos of the exclusive moon cakes on WeChat.

“In the past, there was a strong stigma around the address; people find it mysterious and disturbing at the same time, ”Song told Sixth Tone. “Awareness of mental illness among young people has increased and, as a result, prejudices about address are gradually disappearing. “

This is the first time the hospital has released its own moon cakes, which are only available to staff members. Although employees can buy these delicacies, the hospital has no plans to sell them to the public, even though they have gone viral.

In recent years, moon cakes have evolved from their humble homemade roots into a more commercial enterprise, even leading people to enjoy fake moon cakes. Every year during the Mid-Autumn Festival – September 21 this year – companies offer exclusive and often unique versions of the snack.

Xue Guanhua, a Shanghai-based food blogger, said moon cake flavors are an important aspect of how they’re received, and those from the Shanghai Mental Health Center have already emerged as a winner. She said she tried all six flavors: purple yam, taro, milk and cheese, green apple and plum, peach and oolong tea, and coffee and chocolate.

“Considering the look, toppings, and price, they can be ranked as one of the top three moon cakes I’ve ever reviewed,” Xue, who received them from a friend, told Sixth Tone. “The toppings ooze as soon as you cut them, and the texture is soft and gooey.”