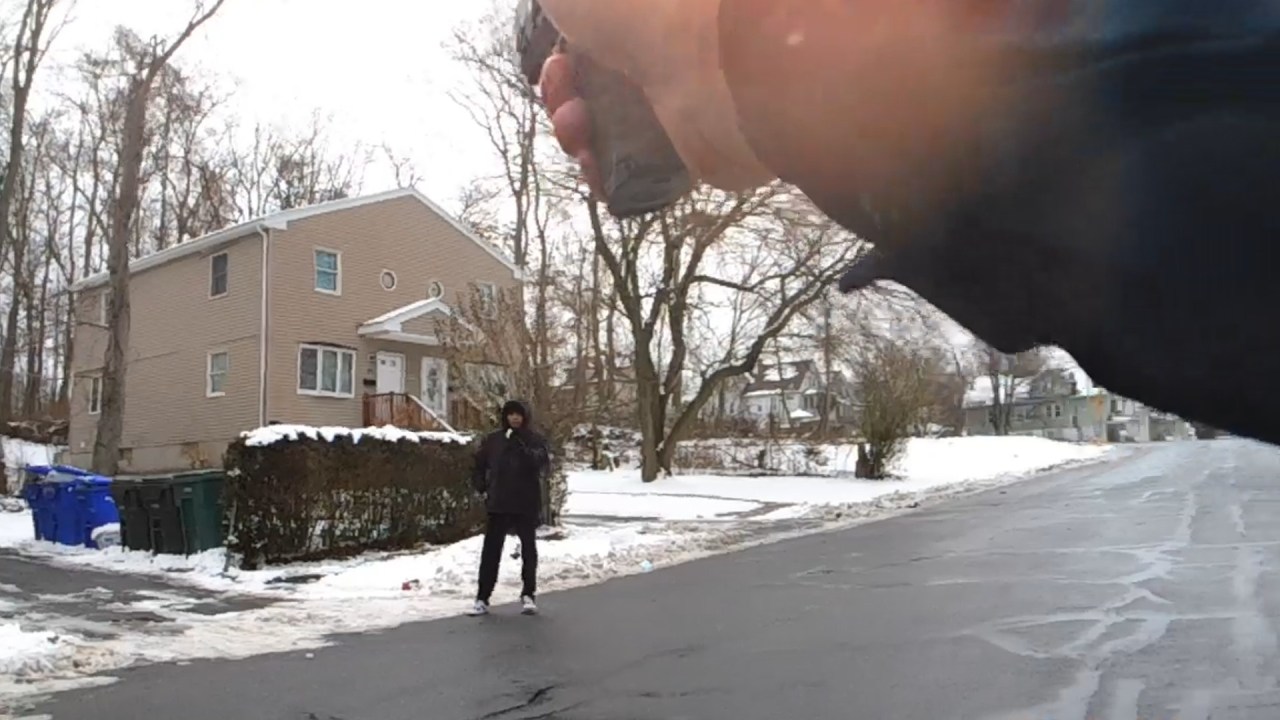 SPRINGFIELD, Mass. (WWLP) — The investigation into the police shooting death of Orlando Taylor has concluded. The prosecutor released the findings of his office’s investigation.

He also posted the police body camera footage and a warning that the video is difficult to watch. Taylor’s family wants to shed light on police reform and the importance of mental health in the black community. The Hampden District Attorney’s Office releases police body camera footage of the shooting death of Orlando Taylor. DA Anthony Gulluni calling the matter closed and the investigation completed.

“It is the opinion of this office that Officer Falcon’s use of lethal force was reasonable and unavoidable.” said Gullini.

Taylor was killed on the morning of Jan. 9 when Springfield police responded to reports of a gunman along Genessee Street in the city’s Liberty Heights neighborhood.

According to police, Taylor stabbed Constable Arjel Falcon in the face. Moments later, you can see in body camera footage, Falcon’s hands are bloody as he and other officers chase after Taylor, then Taylor walks towards the officers as they repeatedly yell at him to drop the knife.

“To see what I saw. No grandparent should have witnessed something as horrible as this. said Earlene Taylor, Orlando’s grandmother.

Taylor’s grandmother, Earlene, saw her grandson shot and killed that day. She says Taylor suffered from mental illness and tried to help him over the years, but the city’s health care system failed her family.

“Had there been a thorough, complete and unbiased evaluation of Orlando, it could have given him a continuum of care. We believe that if this evaluation had taken place, Orlando Taylor III would not have been on the street. said Minister Charles Stokes, spokesman for the family.

The family disagree with the prosecutor’s assessment that the force was ‘reasonable and unavoidable’ – but say they accept the findings. Now they want to use Taylor’s shooting death by police – as a call to action for better mental health services in the black community.

“The main issue will and remains mental health and it’s 2022. You could definitely find other ways to deal with situations like this.” said Yusef Eddington, Taylor’s brother.

“People need to come out and you write to your legislators what’s going on because the only way to make these changes is if we speak up.” says Earlene Taylor.

Officer Falcon will not face any charges. The DA saying the criminal charges aren’t warranted. The mayor’s office released a statement saying the body camera video speaks for itself and the release allows for the transparency the city wanted.

50 best quotes about self love