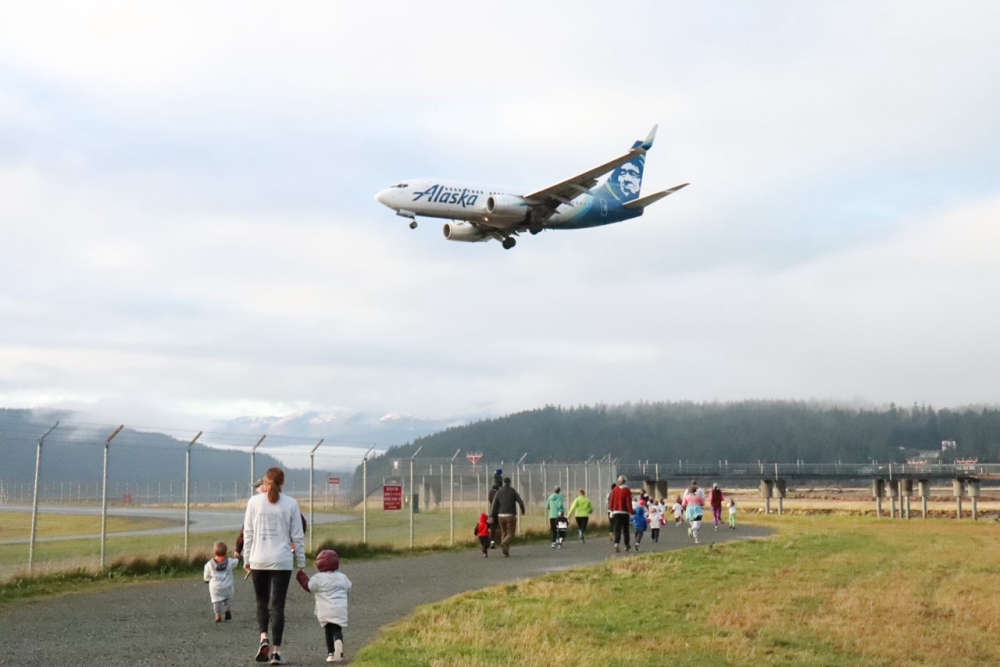 The event aimed to raise awareness of maternal mental health, birth trauma, and pregnancy and infant loss, and to provide information about perinatal support and resources available in Juneau.

A plus for ‘Real Talk’ attendees was that the sun also made an appearance, giving the community a chance to mingle and chat.

“Started with a toddler trot, which was 80 yards. So it was kids between zero and four or five. And then we had the kids on half a mile, so kids a bit more Then we had a 5k and one – mile run and walk Good turnout At least 20 toddlers I would say for kids around 30

Forst shared the maternity groups they were raising awareness for.

“Birth reflection and healing that is centered around birth trauma, and it’s a series of three groups that we run quarterly. We have one going on right now, and then the next one will be in January. And then we have ‘Real Talk’ a mothers support group and a pregnancy and baby loss group. This happens the last Wednesday of every month and these are free groups open to anyone looking of support.

“Bartlett Regional Hospital and Anchor Counseling and Consulting co-hosted it. We had a lot of sponsors who helped out with things like donating the Red Dog Saloon tents. We had coffee and hot chocolate Also, the families that were here for We had a lot of help from the community to help us put this together.

“Bartletthospital.org, our website, we have a full list of all the groups and classes that are going on as Teri said monthly and quarterly. Any new ones being added as we go let’s keep going,” said Sara Gress, Bartlett’s Perinatal Education Manager, on how to tune in if you missed the event.

Gress and Forst said the event was a success and they hope to see it return next year.

We are yet to see the repercussions of the cost of living crisis, warns Yorkshire charity CEO