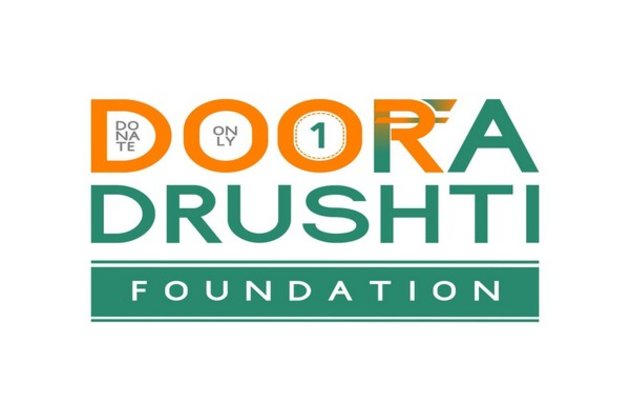 The Dooradrushti Foundation collects a rupee in donation

New Delhi [India], September 12 (ANI / ATK): One of India’s most renowned humanitarian organizations, the Dooradrushti Foundation collects one rupee a day as a donation from donors to make healthcare accessible to the most needy. It also includes economic rehabilitation, education, skills development, health care, physical aids and much more. With over 10,000 people donating every day, the amount remains modest so that everyone can afford to donate according to their ability. Since its launch, the Dooradrushti Foundation has helped over 35 needy people with their health and education and changed their lives for the better. The organization had also been recognized and appreciated by famous actor Sonu Sood.

Since the start of containment, the Foundation has actively helped people get the financial and medical help they need to get out of the catastrophic effects caused by the pandemic. Currently, it has 1,000 active donors, working tirelessly to also support those affected by COVID-19.

Founded by Dileep Kumar Kandula, the general running costs of the foundation are only borne by the staff. Second, the Dooradrushti Foundation is delivering real results and helping people get involved indirectly in a bigger movement just by spending what we thought of as loose change every day. Under the leadership and leadership of Dileep Kandula, the organization plans to create a community of more than one lakh of active members to uplift the oppressed and save them from any emergency they find themselves in.

Speaking of his initiative, the founder says, “One rupee can make a significant difference in someone else’s life and you might want to think twice before you move on. The Dooradrushti Foundation is a government recognized organization that takes only one rupee per day as a donation of our contribution. With such a small amount of donation, our contributors have surely increased in number since day one. One rupee a day is a tiny amount for the donor but a huge amount for the recipient. Since the launch, the Dooradrushti Foundation has helped more than 35 people in need for their health and education and changed their lives for the better. “A visionary entrepreneur and ace software engineer, Dileep Kumar Kandula is also an established actor who starred in a Telugu film named 21. He devised an interesting method of raising financial aid to help raise the poor and needy. and ensuring a constant flow of financial assistance through its non-profit organization, the Dooradrushti Foundation.

Among many other ancillary functions to support India’s oppressed population, the Dooradrushti Foundation plays a vital role in influencing policy change and providing emotional and material support to marginal communities in the country. Their efforts have been of great help, especially for the poor, the destitute and the disadvantaged.

This story is provided by ATK. ANI will not be responsible for the content of this article in any way. (ANI / ATK)