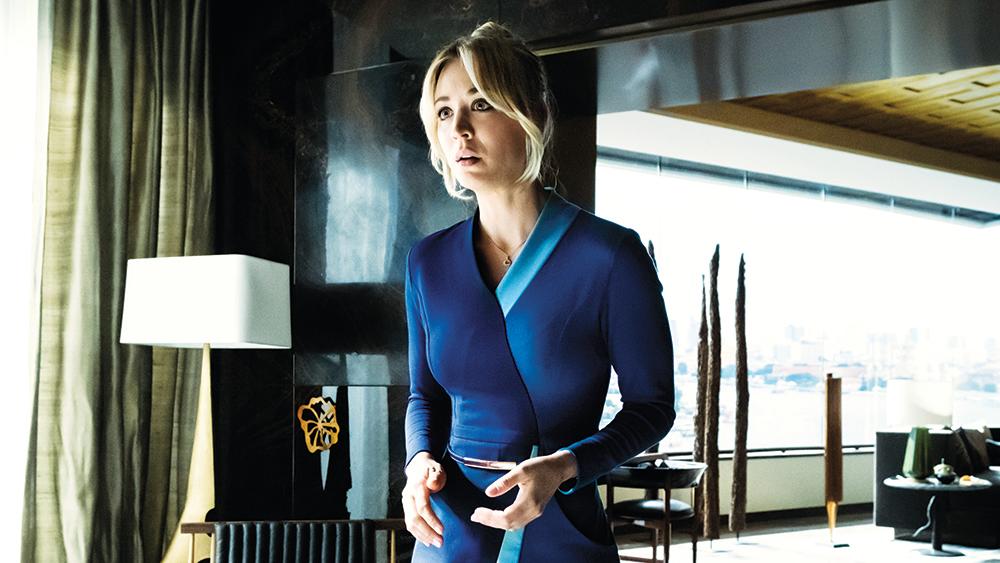 Whereas HBO Max has yet to debut in the territory, 11 original series and 10 feature films from the streamer bow exclusively on Amazon Prime Video India over July and August. The slate includes a comedy thriller”The stewardess“, starring Kaley Cuoco; The DC Comics adaptation “Peacemaker,” created for television by James Gunn and starring John Cena; “And Just Like That…,” the next chapter in the Sex and the City franchise; new “Gossip Girl,” an expansion of the classic pop culture original series; and “Doom Patrol,” which reimagines a group of DC superheroes.

Manish Menghani, Director, Content Licensing, Amazon Prime Video India, said, “We are delighted to be collaborating with Warner Bros. Discovery to bring the latest and greatest HBO Max original series and features exclusively to Prime members in India. These include multiple seasons of critically acclaimed superhero series, shows curated for young adults, crime dramas and mysteries as well as reboots of cult classics, and more. We’re sure viewers will enjoy the diverse mix of genres and stories that the HBO Max exclusive slate offers.

Meanwhile, the Bollywood star Kajol (“Dilwale Dulhania Le Jayenge”) is set to make its streaming debut with a series on StarDisney+ India. All details of the show remain secret.

Kajol said, “Exploring new formats is always a challenge; but it’s a good thing because I like to face challenges head on. Being an avid fan of digital series, the concept has always been intriguing; and after watching cool shows like “Aarya” and “Rudra”, I knew there was no other platform than Disney+ Hotstar to start my journey on the show.

Gaurav Banerjee, Head, Content, Disney+ Hotstar, added, “We are thrilled to have a famous actor like Kajol join us and charm viewers with his ethereal screen magic. With the beloved star, we embark on an all-new journey to bring a unique story of love, emotions and family.

British broadcaster TVI published his Diversity acceleration plan 2022 report, detailing the progress made so far. ITV’s top 50 programs by highest audience contribution and audience plus new commissions show significant progress in the proportion of people of color in lead roles since 2019. The broadcaster also released intersectional data which, by examining the representation of people with multiple protected characteristics, such as d/Deaf, disabled or neurodiverse people of color, allows ITV to further break down barriers and better understand their experiences. ITV data shows that the proportion of women of color and black women at ITV (8.7% and 2.1% respectively) exceeds the national average (7% and 1.7%).

The next phase of the 2022-25 Diversity Acceleration Plan includes promoting diversity through mainstream content and creating equal opportunities for people at ITV and across the industry. ITV recently unveiled its Diversity Commissioning Fund, earmarking £80m ($95.4m) of its three-year commissioning budget, to drive change towards racial equity and disability. At least £20m of the fund is earmarked for production companies run by people of color or d/Deaf, disabled or neurodiverse people. Additionally, ITV has set up a new development fund of £500,000 to develop ideas that will be eligible for the diversity commissioning fund.

ITV has also set a new target to increase the number of people from working class backgrounds to 33% by 2025 – the first time the broadcaster has set a socio-economic background target.

After its premiere BBC Onedistributer All3Media International sold “The Control Room” by Hartswood Movies (“Sherlock”) in Australia, where it will be launched on BBC Studioswith a second window signed with the national broadcaster ABC. In China, national streaming service Pumpkin Movie took the series, while it will air in the Netherlands on the public broadcaster NPOin Spain on Community filmand in Ireland Blank Media Television. In addition, Dazzling media acquired the home entertainment rights to the series in the UK and Ireland.

Commissioned by the BBC and produced by Elaine Cameron (“Sherlock”) for Hartswood Films and Gaynor Holmes for the BBC, the three-part thriller set in Glasgow is directed by Iain De Caestecker (“Roadkill”) and Joanna Vanderham (“Dancing on the edge”). Written by the BAFTA winner nick leather (“Mother’s Day”) and directed by Amy Neil (“Trust Me”), it tells the story of Gabe (De Caestecker), an ordinary man who works as an emergency call handler for the Scottish Ambulance Service in Glasgow. His world is turned upside down when he receives a desperate call for life or death from a woman who seems to know him. With Gabe under pressure to find out who she is, he makes a decision that threatens to have devastating consequences.

The Charity film and television extended the deadline for completing the Looking Glass 2022 survey to July 24. The charity hopes the extension will encourage more people in film, TV and film to speak out for better mental health. The information given will also continue to support the charity’s case for change, as it works with organizations across the creative sector to create better working practices. They especially want to hear from people outside of London and people from under-represented groups, including: blacks, Asians and ethnic minorities; those who identify as LGBTQIA+; people with family responsibilities; People with Disabilities; freelancers; and women.

Those who complete the survey and provide their details will be entered into a draw to win an Edinburgh Television Festival pass, a ticket to a future Royal Film Performance or a Cineworld Unlimited Pass. Those who have already completed the survey and provided their contact details will also be included in the draw. All survey responses will be anonymized with prize draw data being extracted and provided separately.

The best of variety