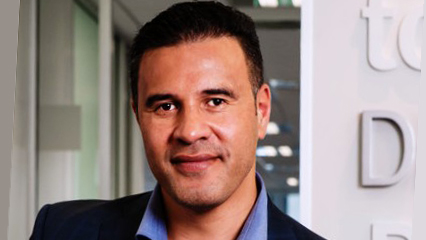 Tonga has been reconnected to the world’s undersea cable networks, nearly six weeks after a volcano ripped an 80km chasm there.

Digicel Tonga announced earlier today that all of its customers are connected to the outside world as data connectivity has been restored in the main island, Tongatapu, and nearby Eua.

Anthony Seuseu (pictured), CEO of Digicel Tonga, said: “Our customers can now connect with friends and family, do their business online with international partners, surf and stream the internet seamlessly, and enjoy movies , music, sports and more on their smart devices.

Digicel and other telecom operators on the island have relied on satellite services, including US-based Intelsat, Singapore-based Kacific and Luxembourg-based SES, since the Hunga Tonga Hunga Ha’apai volcano destroyed more 80 km of the Tonga Cable, which connects island communities to Fiji and the rest of the world.

Seuseu said the resilience of Tonga’s connections would be an issue to be expected. “We have learned hard lessons and we know how important internet connectivity is to our people. The recent incident also provided our team with an opportunity to consider increased investment and network optimization to plan and better prepare for a catastrophic event of such a nature in the future.

The international submarine cable between Fiji and the main island of Tongatapu is now in service, but Tonga’s domestic cable extension of 410 km to Tonga’s outer islands is still down.

The Digicel technical team has set up the satellite link to restore connectivity for Ha’apai Island and are working to try to get Vava’u back online this week.

But cable ship Reliance is now expected to turn its attention to work on the extension cable.