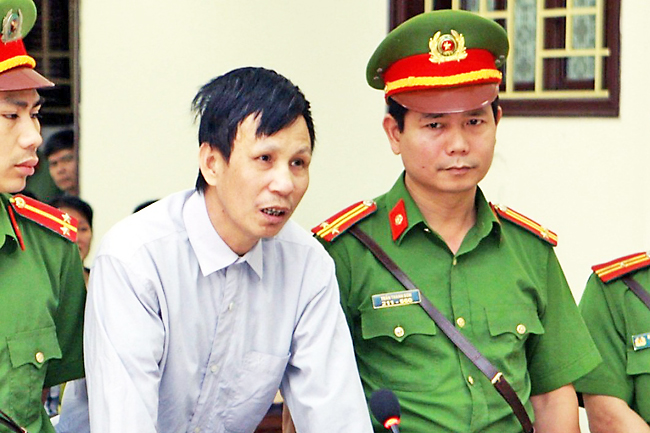 
HANOI (AFP) – A Vietnamese court on Friday sentenced an activist for social media posts criticizing the government to five years in prison.

Former college professor Le Trong Hung is the fifth activist to be jailed in the past two weeks by the Communist state, which tolerates virtually no opposition to his regime.

The 41-year-old campaigned as an independent for the country’s National Assembly elections in May, but was rejected as a candidate by the authorities.

He was arrested in March and tried Friday for “making, storing, disseminating or propagating information and documents aimed at opposing the Socialist Republic of Vietnam”.

According to attorney Ha Huy Son, Hung was sentenced to five years in prison and a five-year probation order during a trial in Hanoi that lasted only half a day.

“Imprisoning activists like Le Trong Hung who dare to run as independent candidates for parliament shows how much of a charade the Vietnamese elections are,” the organization’s deputy director for Asia, Phil Robertson, said in a statement.