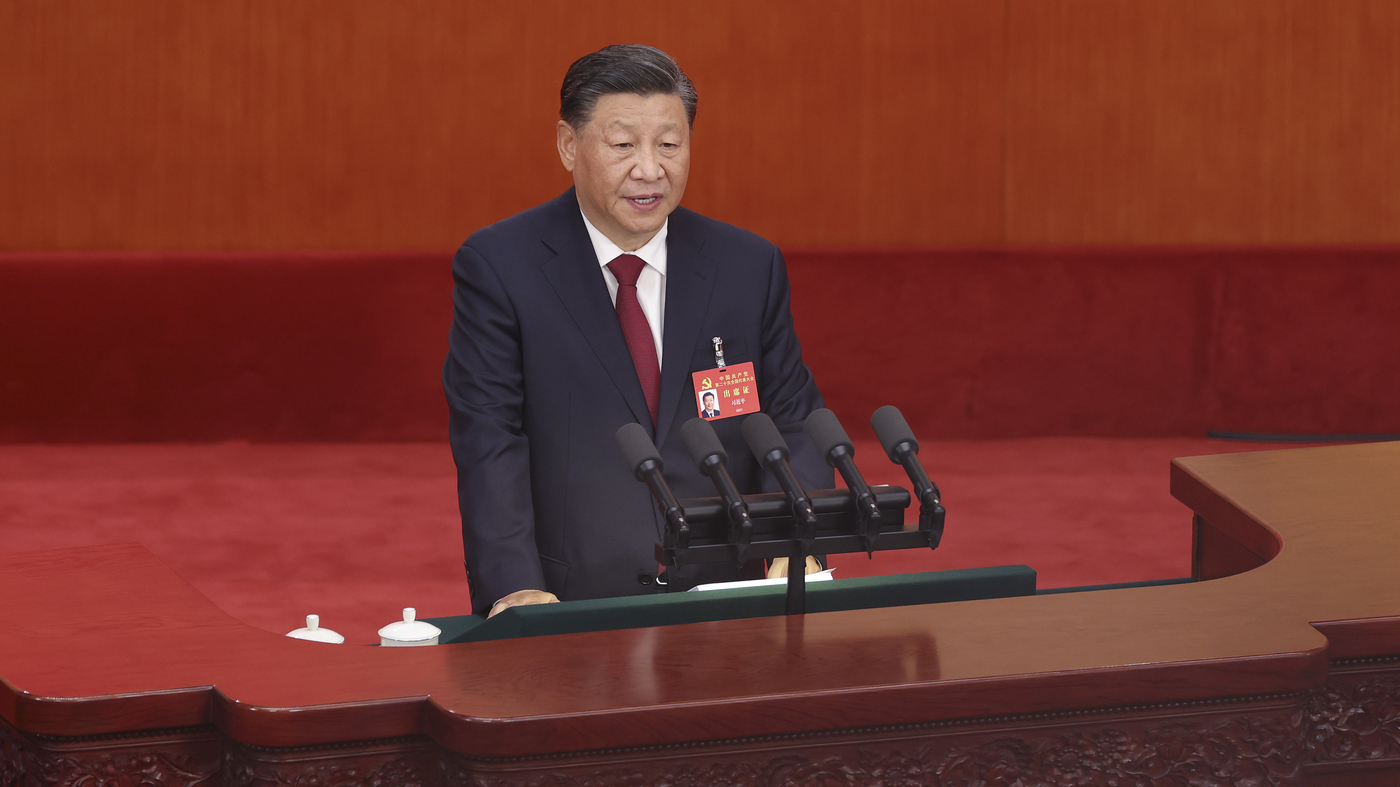 Why China and Xi Jinping might get bolder — and what it means for the US: NPR

Chinese President Xi Jinping delivers a speech at the opening session of the 20th National Congress of the Communist Party of China on Sunday in Beijing.

Chinese President Xi Jinping delivers a speech at the opening session of the 20th National Congress of the Communist Party of China on Sunday in Beijing.

Xi Jinping is expected to break longstanding tradition in the coming days and secure a third term as China’s president, setting the country on a new path that could heighten tensions with the United States.

No other leader has had a third term since Mao Zedong, who founded the People’s Republic of China. This break with historical norms would represent China entering a new era, according to Yun Sun, senior fellow and co-director of the East Asia Program and director of the China Program at the Stimson Center.

Sun told NPR there are three main factors that could play into Xi’s assertiveness in the coming years.

1. Xi will no longer focus on domestic politics

Over the past five years, Sun said Xi had largely focused on securing his third term, and part of that involved convincing his party to scrap the term limit and break with tradition. Now, his political agenda is likely to shift from primarily domestic to global.

2. More of Xi’s political allies will be appointed to government posts

“That’s actually one of the areas — in relation to, for example, domestic reform and domestic economic policy — that’s an area where Xi Jinping is going to prevail,” Sun said. “These people will operationalize his vision and strategy with even more momentum and more precision.”

3. Dissenting voices will be suppressed

There are people in government who don’t believe China’s policies toward the U.S. are the best, Sun said, but she predicts those voices will be “eliminated within the bureaucracy,” leaving the China without checks and balances.

Sun believes these three factors will “deepen Xi Jinping’s boldness” – and that this boldness will impact US-China relations.

What this could mean for the United States

According to Chris Li, director of research at the Asia-Pacific Initiative at Harvard University’s Belfer Center for Science and International Affairs, two key issues on which China and the United States are likely to clash in the coming years to come are Taiwan and technology.

China’s strategy toward Taiwan has not fundamentally changed, Li said, but “there is a perception that Beijing is increasingly focusing not just on deterring independence…but rather on forcing reunification.” .

But that perception — and resulting actions by the United States, such as high-level congressional visits from figures like House Speaker Nancy Pelosi — have led to something of a no-win situation, Li said.

Meanwhile, the tech industry has become a higher priority for China, especially as the country moves towards the “great rejuvenation of the Chinese nation” by the centenary of the People’s Republic of China in 2049. , in which Xi aims to make China a modern socialist country. country.

As this became a priority, China worked to build its national research and innovation capacity, Li said, and this then led Americans to talk about decoupling from China in this about technology and the supply chains that support it.

With this response from Washington and China’s desire to increase self-reliance, it’s likely that “this kind of strategic competition between technological capabilities, between supply chains, is going to accelerate,” Li said.

While these are two specific issues, there is a bigger one that plays into the overall relationship: the asymmetrical views the two countries have of the relationship. The United States tries to tackle things issue by issue, Li said, while China often sees everything as connected, with action needed on some issues before talking about others.

This led to what Li said was essentially a dead end. But that doesn’t mean progress can’t happen, only that achieving it will test both countries for years to come.