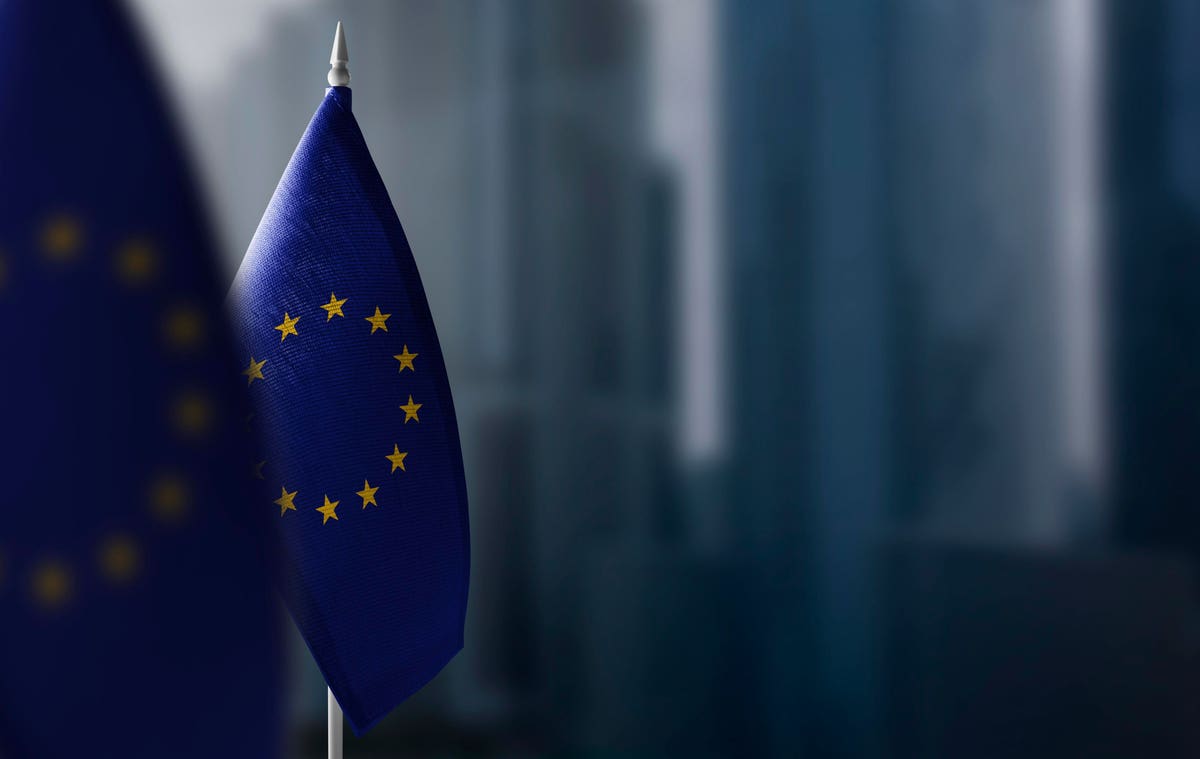 Will the EU go it alone?

Sometimes you read something in Tax Notes which makes you stop and do a double take. People who write for the publication are not immune to this phenomenon.

The latest event came as I was reading Elodie Lamer’s recent article on Hungary’s refusal to support the EU’s Pillar 2 Directive. An interesting nugget was in the text, relating to the continued efforts of the French Presidency of the Council of the EU to persuade reluctant member states to back the directive.

It took two things to convince Poland to give up its veto. First, the European Commission finally approved Poland’s economic recovery plan, which had been put on hold due to rule of law concerns. The Netherlands did not drop the issue but agreed to abstain in the vote, allowing the plan to get the green light.

Second, French officials extended a compromise on the fate of Pillar 1, reflected by the new Article 55a of the draft directive.

Poland, as you may recall, wanted a binding link between the two pillars. This was driven by fears that Pillar 1 would materialize due to a lack of interest from some countries, such as the United States. Poland feared that being legally tied to Pillar 2, in the absence of Pillar 1, would leave it in bad shape.

This orientation presents Pillar 1 as the prize and Pillar 2 as less attractive baggage. For a country like Poland, ending the race to the bottom is not such a compelling motivation. It is this race that plays to Poland’s advantage by attracting foreign direct investment. Pillar 1 provides him with a marginal gain in tax rights with little or no tax sacrifice.

Poland lifted its veto only for Hungary to take its place and raise the same objections.

Hungary also wants the commission to approve its recovery plan. It also aims for a binding link between the two pillars, in the same way as Poland. A comprehensive minimum tax, taken in isolation, does nothing to advance Hungary’s interests – but it could be worth it if coupled with the additional taxing rights afforded by Pillar 1.

Throughout these negotiations, French Finance Minister Bruno Le Maire has been clear on why Pillar 1 and the EU Directive should not be linked.

Pillar 1 will require another multilateral instrument involving non-EU countries and formal revisions to bilateral treaty obligations. This would undermine EU sovereignty through the legal effect that the directive would be influenced by lawmakers in other countries (outside the EU bloc) signing and implementing the MLI.

Reading the description, made available by Lamer’s report, it seems that the EU has a contingency plan to move forward on Pillar 1 on its own if the measure fails internationally.

This new article 55a, seen by Tax Notesindicates that by June 2023, the commission must submit “a report to the council assessing the situation regarding the implementation of [pillar 1] . . . and, where appropriate, submit a legislative proposal to address these challenges in the absence of implementation of the [pillar 1] the solution.”

These tax challenges are those “resulting from the digitalisation of the economy”, indicates a new recital introduced in the directive. This new recital 21b indicates that the board should assess the situation regarding the implementation of Pillar 1 before the end of each semester from 1 July.

Suppose the US Congress does not fall in love with Pillar 1 by June 2023. According to Section 55a, the commission would be required to report to the council on the state (failure) of Pillar 1 internationally.

A proposal for a European directive on pillar 1 would then follow. This trajectory puts us one year away from the EU tackling Pillar 1 through self-help.

It is possible (and perhaps likely) that such a proposal for a directive will not receive the unanimous support of the council. There is a known history of similar failed tax harmonization efforts. Nothing in Article 55a guarantees that an intra-EU version of Pillar 1 would not suffer the same fate as the Common Consolidated Corporate Tax Base initiative.

The commission may be resigned to this outcome. Article 55a would still have served a valuable purpose in greasing the wheels for the passage of the Pillar 2 Directive — which is the real purpose here. A more disconcerting possibility, however, is what happens if a Pillar 1 directive is successful.

For years, we have heard OECD officials explain how Pillar 1 reforms require global participation – which makes sense when considering the methods chosen to assign new taxing rights. What then is the point of attempting a regional version of Pillar 1, mandated by an EU directive and limited in scope to EU member states?

As readers will recall, these countries are home to only a handful of relevant multinationals. The whole point of Pillar 1 is to address the challenges of the digital economy, and you can’t realistically do that through a regional assortment of participants that omits the US tech giants.

Will the insertion of article 55a in the pillar 2 directive be enough for Hungary to lift its veto? This could be the case, if the commission approves Hungary’s recovery plan. It worked for Poland.

This could be a positive development for those hoping to see the US act on Pillar 2. I’ve written before about the desirability of a calendar trigger.

Knowing that the EU has committed to Pillar 2 via a binding directive is the next best thing. Functionally, it’s the same as a sync trigger. US officials would be aware of the effective date of the directive and could adjust any US legislation if necessary to avoid being the first mover.

In a year’s time, faced with a draft directive on pillar 1, would EU member states accept it? Or would the measure face perpetual veto threats on the CCCTB model?

There are reasons to think that a Pillar 1 directive would be easier. The incurable deficiency of CCCTB was that it created winners and losers within the ranks of the EU. Pillar 1 does not do this, at least not to the same degree as CCCTB. This is because there are so few taxpayers in scope hosted by EU member states.

Does it make sense that a project as vast and multifaceted as Pillar 1 should be implemented by a regional grouping of 27 like-minded nations, acting autonomously? Or does Pillar 1, by its fundamental nature, need to be implemented by a wider set of countries to work as intended?

A related issue is what to do with digital services taxes in the event that an intra-EU pillar 1 takes shape next June. EU governments have promised to suspend their DSTs, for now, to give the OECD an opportunity to make Pillar 1 work internationally.

The premise of an EU Pillar 1 directive, however, is that these efforts would have failed. It follows that the DSTs, at least those put in place by EU member states, would be relaunched and aimed at countries that balked at pillar 1, i.e. everywhere outside the EU.

Instinct also tells me that a European directive on pillar 1 could be seen from a completely different point of view. This results in an institutional seizure of power.

Would the commission, through the act of drafting EU primary law, essentially dictate the details of the next MLI? This would be another manifestation of what is known as the Brussels effect, in which regulatory decisions made at the EU level are strategically intended to spill over to the rest of the world.

Once an EU directive on Pillar 1 is in effect, how is the text of this thing not the master key for further expansion of the concept? Outside of the EU bloc, any nation wishing to implement Pillar 1 (e.g. China or India) could simply be asked to sign the terms that Brussels has already drawn up.

If a subsidiary objective of this company is to export local tax burdens to non-residents (US tech companies), why shouldn’t the interests of India and China align with those of the governments of the United States? EU? They wouldn’t poach the residual profits of each other’s national champions.

With the Brussels Effect in full swing, a Pillar 1 directive (to be unveiled in June 2023) would not so much compete with an OECD-brokered MLI as it would subsume the MLI. Public consultations of the Inclusive Framework could be absorbed into the less transparent deliberations of the commission and council. The latter replaces the former.

Would the OECD itself oppose an EU directive on Pillar 1 — or the way Article 55a ties the fate of Pillar 2 to Pillar 1? At this point, it’s hard to imagine the OECD objecting to anything that advances the pillars, as these guidelines would.

From the outset, the fundamental energy of the base erosion and profit shifting project was driven by European desires. Ditto for the inclusive framework and the two-pillar solution, stemming from the unsatisfactory resolution of BEPS Action 1 on the digital economy.

Therefore, a set of European directives should play a decisive role in realizing the two-pillar solutions.

With the advent of Article 55a, Poland and Hungary might have offered the EU something quite valuable: a tangled path that could see EU officials as the final regulators of how whose profits of multinational corporations are taxed globally.

No one wants to be first on Pillar 2; but there could be serious advantages for Brussels to be the first on pillar 1.